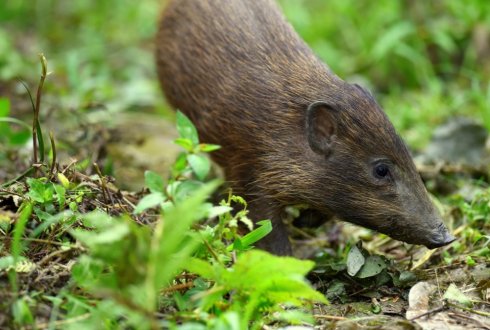 The little pygmy hog turns out to be a big piece in resolving the complex evolutionary puzzle of wild boar speciation. Researchers from Wageningen University & Research found the common wild boar interbred with other wild boar subspecies during their expansion from South East Asia to the Indonesian isles, Europe and North Africa, just like human ancestors ‘interbred’ with Neanderthals. Their findings are reported in Nature Communications.

One of the unresolved questions in evolutionary biology is why some species are very successful in colonizing large areas, often continent wide. Wild boars, like humans, are examples of a species that has dramatically expanded its living area.

Some one or two million years ago wild boars colonized from South East Asia mainland Eurasia and North Africa, hereby replacing a large number of other pig-like species living in the colonized regions. This expansion of wild boars represents one of the most extensive expansion events of a species colonizing an entire continent.

The only pig like species in mainland Eurasia that outlived this expansion of wild boars is the pygmy hog (Porcula salvania). The critically endangered pygmy hog is the smallest and rarest living wild pig species. It is currently living at the foothill of Himalaya in Northeast India and, despite the Pygmy Hog Conservation Programme in Assam, on the edge of extinction. As the only mainland Eurasian survivor of the wild boar expansion, pygmy hogs provide an unique opportunity to investigate if wild boars interbred (exchanged genetic material) with local pig species when it expanded its range across Eurasia.

Researchers from the Animal Breeding and Genomics group of Wageningen University & Research were able to sequence the complete genomes of six pygmy hogs. They compared the sequences with the genomes of a number of Eurasian wild boar populations, pig species from Indonesia, Malaysia and the Philippines, African hogs and the deer-pig from Sulawesi. This analysis shows remarkable interbreeding of wild boars during their range expansion across Eurasia. They interbred at least three times: once with pygmy hog, once with pigs from the Indonesian archipelago and noteworthy one time with a now-extinct pig species.

This suggests that the expansion of wild boars was facilitated by mixing of genetic material with other pig species. Thus rather than replacing the pig species that it encountered during expansion, wild boars seems to have partly absorbed other species during colonization. Therefore, the success of wild boar in expanding its living areas could be the result of adaptive advantages of interbreeding.

It is noteworthy that this interbreeding to some extent is paralleled in the human expansion from Africa where humans interbreed with Neanderthals and Denisovans. Together the results suggests that interbreeding may play a role as an evolutionary biological driving force in successful range expansion and provides interesting insides in the development of evolutionary hypothesis on how massive species replacement can take place during speciation. 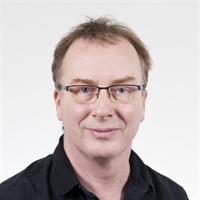