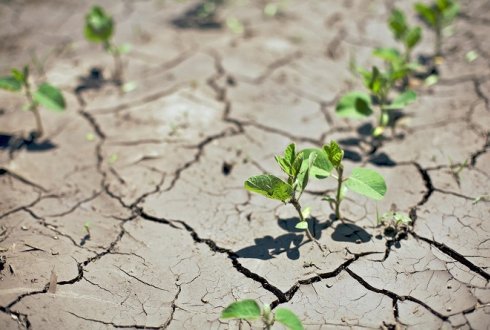 More gradual environmental change slows down evolution, but does not lead to a higher degree of adaptation of organisms to their environment, conclude Wageningen University scientists in their study published in The American Naturalist.

Global climate change and human-induced pollution are two of the most important challenges facing society today. One major concern associated with these issues is the impact they may have on the Earth’s biodiversity: are organisms able to adapt, or will they become extinct? If we manage to slow down pollution and climate change, will this be helpful to the organisms that need to adapt? Maybe if they are given some extra time, these organisms can find better evolutionary solutions to these problems?

New research at Wageningen University using laboratory populations of the baker’s yeast Saccharomyces cerevisiae shows that if the environment changes more gradually, evolutionary adaptation is delayed. However, for the final level of adaptation the rate of change does not matter: in a long-term laboratory evolution experiment, yeast populations that adapted to gradual versus abrupt increases in metal concentration were found to do equally well. In other words, they reached the same final fitness level.

In the study, published in The American Naturalist, the researchers grew yeast for around 500 generations in the presence of either gradually increasing or constant high concentrations of the heavy metals cadmium, nickel or zinc. “You might intuitively expect that giving them some respite by increasing the concentration more slowly causes them to end up being more adapted,” says Florien Gorter, a PhD candidate in evolutionary genetics at Wageningen University. “But we did not find any evidence for that. However, even if the performance of the evolved populations is very similar, it could still be that changes on the DNA level are different. We are now investigating if that is indeed the case.”

Although baker’s yeast is a relatively simple organism, it is still quite closely related to animals and plants. The results from the study therefore provide valuable insights into what might happen to other (higher) organisms in response to global change. This might, for example, help us in devising better ecosystem management strategies.