The soil is the ground beneath our feet and the growth place for biomass. For a biobased & circular economy it is crucial to preserve this ‘pantry’ storage function of the soil. This is why Wageningen University & Research is performing dedicated research into various aspects of the soil, such as nutrients and organic material, smarter cultivation systems of a larger diversity of crops, smarter grazing by cattle, and manure as a nutrient.

All things considered, the entire biobased & circular economy starts with the soil, which provides the biomass that will form the basis for a post-fossil economy. It is therefore essential to keep the soil ‘in shape’; it is a storage cupboard that can only deliver what it contains and needs to be refilled at set times. Peter Kuikman recognises this analogy and takes it one step further: “The soil is in fact a finite, fossil station that provides nutrients for plant growth. If we do nothing, it will eventually run out,” says the soil specialist from Wageningen Environmental Research. And this also applies to the physical aspects, such as the sponge effect and water retention capacity. “Not only do we have to preserve the contents of the pantry, we also have to respect its construction by cleaning the cupboard and scrubbing the shelves.”

In addition to nutrients, the level of organic material in the soil is also important. It is decisive in moisture management ­– something farmers have come to better understand over recent years. Even civilians are showing a growing interest in organic material, mainly because they all encounter it on a daily basis; in the form of potato skins, broccoli stalks or fruit residue. “These organic residues should be returned to the soil,” Kuikman explains.

This can be realised by supplying residues to the land unprocessed or stabilised as compost, with or without nutrients such as phosphate and potassium. “We can also partially ferment it while extracting biogas and then pyrolyse it into biochar, (organic sidestream from the production of biofuels and bioplastics, red.)” Kuikman continues. “The good news is that, partly due to research, we have been increasingly successful in developing a ‘chain’ with various consecutive processes. First fermentation, then composting and finally converting a percentage into biochar.”

Once returned to the soil, micro-organisms will take care of the organic material by consuming it for their energy management. “In this process they exhale a part as CO2 and capture the rest in the soil. We shouldn’t disrupt the process too much by ploughing. Instead we should stimulate the micro-organisms to slow down their metabolism.”

According to Martin van Ittersum, professor in Plant Production Systems at Wageningen University & Research, it is important to return the same amount of organic material and nutrients to the soil that are removed or broken down over a year. “If you achieve a good crop yield this also benefits the soil. A productive crop has much better stubble and a stronger root system than poorly performing crops. For wheat crops it is sufficient to incorporate the stubble and bottom 15 centimetres of the wheat stalk. For sugar beets, onions, silage maize and potatoes, farmers have to do more.”

Examples in this respect include sowing a green manure crop, or applying compost or animal manure after harvesting and maintaining a rotation schedule – having the same monoculture with these crops year after year is disastrous for soil fertility and resilience. “A new development in addition to crop rotation is realising two different crops on a single plot, possibly in rows,” Van Ittersum points out. “In view of climate change, one crop may provide shade for the other crop in the next row. Moreover, multiple crops can benefit from various layers in the soil and slow down the build-up and dissemination of diseases and pests.”

The new cultivation technique does require a change to the heavy, soil-compacting machines that only perform one operation, especially in the super-specialised agriculture in the Netherlands. “Crop mixing demands small, robot-like machines,” adds Van Ittersum.

In reality, the biobased & circular economy is little more than a modern name for the old principle of closing cycles; using plant waste as feed for cows, pigs and chickens, for example. “Growing more and more biomass for more people and more animals is leading to land shortages,” says Martin Scholten, general director of the Animal Sciences Group at Wageningen University & Research. “We should therefore increasingly use animals to better utilise the produced biomass. Ruminants such as cows, sheep and goats are expert digesters that can convert grass and herbs into milk and meat. This could be realised more intelligently by applying our knowledge of grass, soil and grazing techniques.”

Scholten also predicts a better link between arable farming and the production of animal feed, agreeing with Kuikman and Van Ittersum. “Crop residues of grain, maize and soy should be fed to animals after farmers have first returned sufficient organic material to the soil. Straw stalks, maize stalks and rice leaves can also be used as feed, sometimes directly and sometimes after partial pre-digestion by mushrooms. Small farmers in developing countries would then have good feed for their often undernourished cattle, plus mushrooms they can use themselves.”

The same principle can be applied in the Dutch context by making concentrated feed from crop residue for dairy cattle. “And the residual product of the residual product can then be used to grow insect larvae or worms to be used for chicken feed and compost that can be returned to the land.”

According to Scholten, the global population of ten billion people in 2050 can be nourished on fewer hectares of agricultural land with this mixed agriculture. And the animal manure? “It will become the fourth agricultural product,” Scholten asserts. “This means separating fresh manure directly in the sheds into nitrogen-rich urine on the one hand and phosphate-rich and carbon-rich faeces on the other. This can be realised via low-emission shed-floor materials and innovations such as urinals for pigs. The faeces will be separated in calcium phosphate as an artificial fertiliser replacement and carbon-rich potting compost. Animal manure will become the new artificial fertiliser and soil enhancer worldwide via precision fertilisation. And that will close the cycle.”

Do you wish to know more about Wageningen University & Research’s soil research? 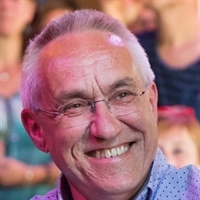