Some Morpho butterflies live and fly high in the canopy of the Amazonian rainforest, and have evolved into highly-efficient gliding flyers. These results revealed by Wageningen University & Research and published in Science show that the switch from the understory to the canopy habitat strongly influenced the evolution of flight in Morpho butterflies.

The large Amazonian Morpho butterflies are famous for their blue iridescent wings and are among the largest flying insects. Most Morpho species fly close to the ground in the dense understory of the rain forest, but some species live and fly high in the canopy. For several months in the Peruvian jungle, scientists used high speed cameras to film the flight of Morphos in the wild and in captive condition to record the flight of both understory and canopy species.

The butterflies from the understory show a powerful fast-flapping flight, while Morphos from the canopy display majestic highly-efficient gliding flight. ‘The fast flapping flight is likely advantageous to move through the dense vegetation’, says researcher Florian Muijres. ‘A gliding flight enables the canopy species to cover large distance at low energetic cost in the open canopy habitat’. Such divergent flight evolution may simply result from behavioral differences, or changes in morphology.

The study revealed how natural selection imposed by different microhabitats can drive the evolution of flap-gliding flight by jointly altering wing shape and flight behavior. ‘Our work also nicely illustrates that the diversity of habitats hosted by the rain forest is key in the evolutionary diversification of species’, says researcher Camille le Roy. ‘The integrity of the forest is thus intimately linked to the maintenance of biodiversity’.

This is a study conducted by Wageningen University & Research, in collaboration with the Institut de Systématique, Evolution, Biodiversité (ISYEB) of the Paris Natural History Museum and the Maritime Research Institute Netherlands (MARIN). 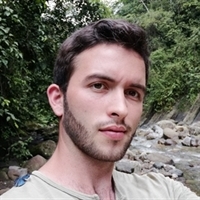 Do you have a question about the Morpho? Ask our expert dr. CYA (Camille) le Roy
Contact form + Show more (1)

Read the article in Science