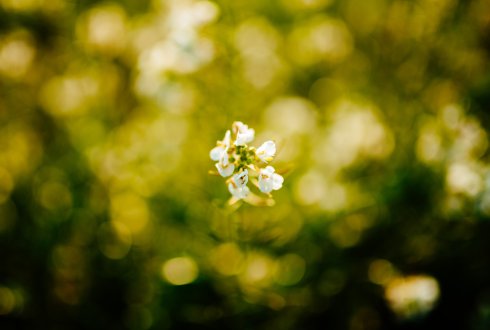 Plant species vary in appearance and in terms of heredity, but there is also a huge variation within one and the same species. In his inauguration speech to mark his appointment as personal professor in the genetics of plant adaptation at Wageningen University & Research on July 6, Prof. Mark Aarts explains how knowledge about plants which have genetically adapted to extreme environments can be used to bring about a new Green Revolution.

Plants are bound to the place where they germinate. But does that make them defenceless? "Not at all," says Prof. Mark Aarts in his inaugural address 'What nature can offer – insights into genetics of plant adaptation'. He looks at the variation in plants and the associated properties, such as how much CO2 they capture or the way they deal with heavy metals, and searches for the underlying genetic control mechanisms, such as which genes play a role and how their genetic information is expressed.

One of the key themes in Professor Aarts' research is exploiting the most important biochemical process on earth, photosynthesis. Can this one-billion-year-old process be improved? "At present, less than 20% of the potential photosynthesis capacity of crops is used", says the professor. "Therefore, we need to look at which factors are limiting for the full utilisation of photosynthesis." Research has shown that the photosynthesis process within one species, such as potato or Chinese cabbage, also displays genetic variation: some individuals capture carbon dioxide faster than others. "We have now succeeded in identifying one gene for which variations are present in nature in Arabidopsis, our model plant. This proof-of-principle means that it should be possible to achieve the same for crops, to improve photosynthesis through classical breeding or modern CRISPR-Cas technology."

Other options are to study desert plants, such as Camissonia, or invasive species such as Hirschfeldia, from the cabbage family. These species grow incredibly quickly, mainly due to their extremely high photosynthesis, with an ability to capture around 50 micromoles of CO2 per m2 per second. By way of comparison: pea does no better than 15 micromoles/m2/s. "With the genome information of Hirschfeldia or Camissonia, we have a reference to identify the genes which are important for this extraordinary speed of photosynthesis", explains Professor Aarts.

Prof. Aarts gained an understanding of the huge variation in particular properties which may be found in nature by studying another notable species. The Alpine Pennycress is naturally tolerant to extremely high concentrations of heavy metals, such as zinc, nickel and cadmium. These toxic elements are absorbed through the roots, for example from contaminated soil, and stored in the aboveground parts of the plant. Concentrations measured in nature can rise to 1-3% for zinc and nickel and 0.1% for cadmium, one hundred times higher than in "normal" species. "It gives the plant natural protection against insect damage or fungal infestations", says Prof. Aarts. "To achieve this, the metal-tolerant Alpine Pennycress uses genes which other plants have as well, but it has these genes in higher numbers. This means the genes are always active and at much higher levels compared to regular plants. The selection for increasing the copy number of useful genes is an important evolutionary phenomenon that we are trying to understand better, not the least because it may also have useful applications in agriculture."

Is it also interesting to know more about the function of these genes? "Zinc deficiency, along with a lack of vitamin A and iron, is a big problem in developing countries; it affects a third of the world's population. If we know how plants cope with shortages or surpluses of zinc we can create new crop varieties that use zinc more efficiently and so increase the quantity of the element in the human diet." For instance, studies have shown that the 'zinc absorption genes' in the research plant Arabidopsis are particularly active in the afternoon and that zinc absorption is often highest soon afterwards. "That way, we can give much more accurate advice on the application of fertilisers."

A study by Prof. Aarts is currently focusing on the rapid evolution of Arabidopsis: can the plant adapt to high concentrations of zinc within a few generations? And how does the plant do that? For example, does it make extra copies of the relevant genes? Six major breeding companies have already expressed an interest in this work.