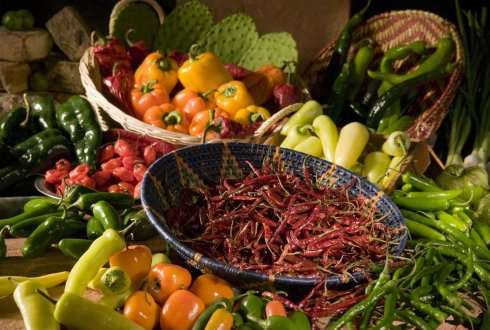 On Thursday, 13 December 2018, the Mexican National Agricultural Council (Consejo Nacional Agropecuario (CNA)) and Wageningen Economic Research signed a Memorandum of Understanding (MoU) to work together in the coming years on sustainable and efficient food chains in Mexico. The cooperation aims to create a programme of projects supported by the business community with the goal of strengthening the Mexican food system and making it more sustainable. Mr. Victor Villalobos, the new Mexican Minister of Agriculture, witnessed the signing. He has high expectations of the combined knowledge and expertise of local knowledge parties and Wageningen.

The MoU is aimed at strengthening cooperation between government, industry and knowledge institutions. This is done in projects that focus on developing new knowledge and innovation for chain collaboration and carrying out practical pilots for making the agri-food chains more efficient and sustainable. CNA and WUR, together with supporting partners such as SAGARPA, the World Bank and the top sectors, want to further develop the Mexican food system in the coming years.

In Mexico the growth potential for the agri-food sector is clearly present. On the one hand, due to population growth national consumption of agri-food products will increase. On the other hand the export possibilities are enormous. Already Mexico is one of the major producers of avocado, mango, lime, papaya, strawberry, peppers, green beans, onions and tomato in the world. It is one of the major exporters of tomatoes, peppers, cucumbers, avocado, mango. Since 2014 the export value has grown more than 25%. Mexico wants to further improve its position in the of world of export of agri-food. More than 90% is exported to US. And forecasts of consumption in the US show potential for further increase of export. Although the new free trade agreement (USMCA) will have no limitations of export with US and Canada, export diversification to EU and even more potential Far East and Gulf states is required.

Although the figures above show a positive picture, the potential to improve the agri-food system in Mexico are eminent. Food losses and waste are huge, infrastructure is problematic, supply chains do not function well, millions of smallholders in the south of Mexico do not have access to institutional markets. Mexico has a 32.8% adult obesity rate, surpassing the U.S. at 31.8%. About 70% of Mexico’s population is either overweight or obese, and one in six suffers from diabetes, which kills around 70,000 people a year. Mexico's 10% tax on sugar-sweetened beverages, implemented in January 2014, resulted in a 5.5% decrease in sales by the end of that year. On the other hand, at least 10 percent of the population in every Mexican state suffers from inadequate food access. Food access is the problem, not food availability. Finally, Mexico suffers heavily under climate change: heavy tropical storms in the South-Eastern and Western parts of the country as well as severe drought in the Northern part.

On 1 December 2018 the new Mexican cabinet of President Obrador was installed. WUR has been involved in various projects in Mexico since 10 years. The new agricultural policy plan focuses primarily on small farmers in the South to provide them with access to institutional national and international markets through various programmes. WUR has been involved in Mexican agriculture for ten years and through the MoU continues to work on the development of 'inclusive agriculture' in Mexico.