“There were no big land use conflicts in the past. Villagers could move freely between places like Parakurungu, Kavimba, and Mabele in the Chobe District in northern Botswana. They can’t do that anymore because of all the elephants; it’s too dangerous. The degree of conflict has been increasing between humans and wildlife in the parks, between society and the animals. The number of wild animals is increasing, as is the damage they inflict on the local farms. This has made wildlife fences a necessity. We have to get back to the way it was in 1984.”

“This is something you hear often in conversations with the rural inhabitants of the Chobe District,” says Theo van der Sluis of Wageningen Environmental Research (Alterra). Chobe is core of the Kavango-Zambezi Transfrontier Conservation Area, that crosses the borders of Botswana, Namibia, Zambia, Zimbabwe, and Angola. Roughly 70 percent of Chobe is national park or forest reserve, while the remaining 30 percent consists of tribal land and villages, focused on agriculture and other economic activities. After the diamond industry, tourism is the main economic enterprise in Botswana and the leading area of economic development. Chobe National Park is home to significant populations of elephants, lions, and wild dogs. There are about 40,000 elephants in Chobe and its population of wild dogs is the largest in Africa. However, there is also an economically important agricultural area in the region, Pandamatenga, known as the “breadbasket of Botswana”.

Conflicts between humans and animals

Chobe District is currently facing rapid developments that bring substantial risks for land use such as expanding agricultural activity, commercial irrigation, and a new bridge across the Zambezi to Zambia. Conflicts between humans and animals are increasing. Since 2014 there is a ban on trophy hunting by tourists, the wildlife yields less income for the communities. However, elephants can destroy an entire harvest overnight and lions, wild dogs, and hyenas kill the livestock. At night, elephants travelling to the river weave their way through the cargo vehicles at the border crossing. As yet, no long-term solution has been found. This is exactly where the problem lies. The question is: how can the development of the region for tourism, agriculture and other sectors continue in such a way that more people benefit and nature remains protected?

“At the request of the government of Botswana and funded by the UNDP, the United Nations Development Programme, we have prepared an integrated land use plan for Chobe with a number of colleagues in Botswana,” says Theo van der Sluis. “Without a plan like this, Chobe’s development will become unmanageable over time, jeopardize livelihoods and conflicts between village communities and wildlife will only increase. The land use plan suggests zoning that will aid the Chobe Land Board in the land allocations, while also determining which areas can facilitate certain developments. A long-term perspective for tourism is important, because over time it will allow people to find more work in the tourist sector than in the agricultural sector. Such zoning will prevent commercial agriculture in areas that are important wildlife trekking routes and facilitate agriculture in other areas, thus reducing conflicts. Particularly poorer householdswill also be able to play a larger role in the sector via specifically designated areas for small-scale tourism. What is unique about our “Wageningen” approach is the integration of information at different scale levels in conjunction with the analysis of the landscape system, the creation of development perspectives for the long term, and the involvement of all the relevant stakeholders.” 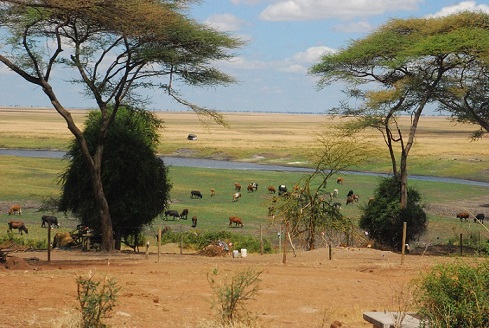 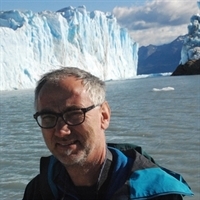 Do you have a question about land use conflicts? Ask our experts: dr.ing. T (Theo) van der Sluis MSc
Contact form + Show more (1)