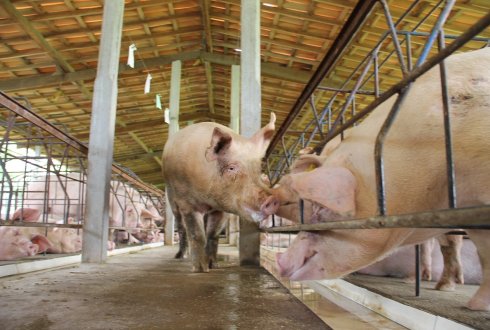 ​On the occasion of three PhD projects that were completed within the LocalPork project, the partners Wageningen University & Research, Universidade Federal de Viçosa, Topigs Norsvin, and Topigs Norsvin do Brasil, organized a symposium on December 20th, 2018.

Prof. Simone Guimarães kicks off the symposium by introducing the LocalPork project, its objectives, and the current situation of pork production in Brazil. The LocalPork project aims to improve the sustainability and economic performance of pork production in tropical and temperate climates through research on breeding, economics and nutrition. The focus countries of LocalPork are Brazil and the Netherlands. LocalPork is financed through the Food and Business Global Challenges Program from the Netherlands Organisation for Scientific Research (NWO).

Guest speaker Prof. Aziz Galvao da Silva Junior from Universidade Federal de Viçosa explained how agribusiness is of utmost economic importance for Brazil. Brazil is the 4th exporter worldwide of pork. Pork production in Brazil relies on feeding corn and soy; 30 million hectares in Brazil is used for these crops, which increased significantly over the last 30 years. The LocalPork project showed, after discussions with stakeholders, that pig producers in Brazil appear reluctant to start feeding alternatives to corn and soy, such as by-products from the food industry, while this is very common in the Netherlands.

The key to success is having funding and partnerships to put sufficiently large reference populations together as required for genomic selection, as well as having viable business models for commercial application. Many (local) beef breeding programs in Brazil act more as multipliers than as breeders, illustrated by the fact that they often focus more on selling of bulls, rather than selling of semen.

The LocalPork project also studied the importance of having a reference population in the environment where crossbred pigs have to perform. Claudia Sevillano and Rodrigo Godinho, PhDs from the LocalPork project, concluded that the environment modifies the performance of certain feed efficiency traits. Pig breeding programs, therefore, should routinely generate local data that allows the improvement of feed efficiency across the diverse and often challenging environments where crossbred pigs are farmed around the globe. In addition, feed efficiency of crossbred pigs is found to be sensitive to changes in diet ingredients; therefore, they indicated a need of having different reference populations for different diets.

Guest speaker Prof. Just Jensen from Aarhus University showed the importance of checking and fixing the quality of feed intake data as it can increase the estimated heritability up to 50%. He further explained that modelling the dynamics of feed efficiency can help to improve it, and eating behaviour can aid predicting residual feed intake. In the same line of research, Rodrigo Godinho observed that feed efficiency can be improved by changing the feed intake of pigs at different body weights, i.e. the feed intake curves. A higher feed intake in smaller pigs is associated with a shorter time to reach a mature weight, called feed intake precocity, and results in a lower feed intake in the later finishing period. This is a desired profile in pig breeding.

A total of 30 participants attended the symposium. The day after, the three PhD candidates, Beshir Ali, Rodrigo Godinho and Claudia Sevillano, successfully defended their PhD theses. The LocalPork project is still running until September 2019, with some experiments planned in Brazil to test pigs' performance under a Macauba diet. 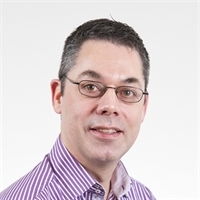