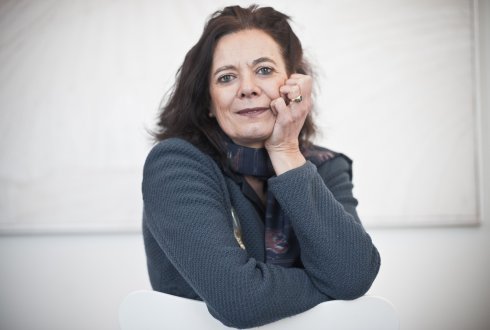 Professor Louise O. Fresco has been appointed as President of the Executive Board of Wageningen UR with effect from 1 July 2014. She is currently University Professor at the University of Amsterdam, as well as an Honorary Professor at Wageningen University. She will succeed Aalt Dijkhuizen, who, after 12 years of service, will step down as chairman of the Wageningen UR board on 1 March.

Louise Fresco is an internationally renowned expert in the fields of food security, international cooperation and science.

Chairman of the Supervisory Board of Wageningen UR Job Cohen said about the appointment: "Wageningen UR is a global leader in the domain of healthy food and living environment. With her international experience and her broad scientific background, Louise will help us strengthen this leading position. She has a strong ability to get people to support the same goals and this will make it easier to achieve the Wageningen mission."

Fresco is very happy with her appointment: "Wageningen is about all the issues I have been working on all my life. Questions about food, about the future of our economy, the greening of production and biomass. All of them things that are extremely relevant today and to which Wageningen can contribute in a meaningful way. I think it's great to be able to help solve the important issues."

The combination of government, industry and science that is integral to the philosophy of Wageningen UR is very appealing to Professor Fresco. And the same goes for Wageningen’s mix of basic and applied knowledge and the integration of the natural sciences approach with the social sciences approach.

About the new President

From 1997 to 1999, she was Director of Research at the Agriculture Department of FAO, the Food and Agriculture Organization of the United Nations in Rome. She subsequently held the position of Assistant Director-General of FAO Agriculture from January 2000 until June 2006. In this capacity she was responsible for the technological issues in the field of agriculture and food.

In 2006, she was appointed as University Professor at the University of Amsterdam, with a focus on the foundations of sustainable development in an international context.

She has also been an Honorary Professor at Wageningen University since 2001 and a member of the Dutch Royal Academy and three other international academies. She is a crown-appointed member of the Social and Economic Council (SER) and holds numerous advisory positions.

Louise Fresco has written several books - fiction and non-fiction -, including Hamburgers in Paradise. Food in Times of Scarcity and Abundance.