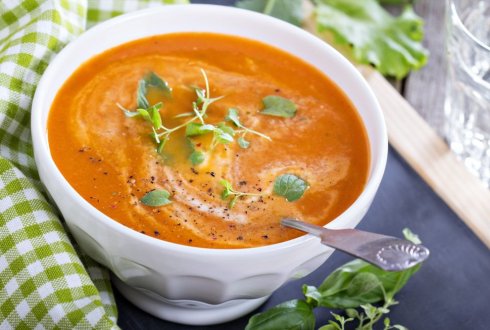 Use of naturally-brewed soy sauce can reduce the amount of salt in processed foods by more than 30%. Consumers still appreciate the product, regardless of their food culture; taste - not saltiness - is the determining factor for acceptance.

This is a key finding of the research, conducted by Wageningen UR Food & Biobased Research and Kikkoman, among nearly 200 consumers in the Netherlands, Japan and Singapore. The study, published in June in Agro Food Industry Hi Tech, offers new perspectives on the reformulation of foods.

The degree of salt reduction in salad dressings, tomato soup and stir-fried meats, that people in the Netherlands, Japan and Singapore find acceptable, is similar, the study shows; the salt reduction achieved in the three countries amounted to 32%, 34% and 35%, respectively. It did not matter whether people were accustomed to sprinkle salt on their food, or – as is common in Asian countries – were used to adding salt via soy sauce on the table. Between the products, however, the researchers found differences in the degree of salt reduction which people found acceptable: in dressings a 47% reduction in the salt content was achieved, while tomato soup and stir-fried meats remained at 28% and 26%, respectively. Taste was, regardless of country or product, the most important acceptance factor.

The study provides a new perspective on the reformulation of foods. “The results show that you have to focus on the overall taste of a product “, says Stefanie Kremer, one of the sensory experts involved in the project. “Until now, many manufacturers have limited their research to the question of whether consumers find a product salty enough.” Food culture has little-to-no effect on the extent to which consumers find salt reduction in food acceptable, making reformulation a more-attractive approach. “Manufacturers now know that they can target several countries for salt reductions of 30%”,  says Kremer.

The Wageningen study is based on an innovative two-step approach for efficient reformulation of foods, developed by Food & Biobased Research. The researchers first determined, for each country, the Optimal Exchange Rate (OER): the highest concentration of salt that can be replaced by soy sauce in a product without affecting the overall taste intensity. Then they allowed consumers in the Netherlands, Japan and Singapore, between 18 and 60 years of age, to evaluate the saltiness, flavour and palatability of products with different combinations of salt and soy sauce.

In 2013, the World Health Organization (WHO) set the advisory salt intake at 5 grams per day. Excessive salt intake increases the risk of high blood pressure and contributes to the development of cardiovascular disease. People from both Western and Asian countries consume too much salt, with processed foods being responsible for an estimated 80% of the salt intake. Reformulation of food products, for example by replacing some of the salt with a natural taste enhancer, such as soy sauce is crucial: reducing the salt in processed products by 30% can make a significant contribution to the reduction of the total salt intake, according to the Wageningen researchers.

The results of the study are described in the paper Optimally-accepted salt reduction across cultures. Naturally-brewed soy sauce used in three different countries with different food crops (R. Shimojo et al.), published in Agro Food Industry Hi Tech, vol. 25 (3), mei/juni 2014. The insights are used in various reformulation programmes, including an initiative by TNO in Zeist the Netherlands.