Current methods for monitoring deforestation from satellite data at sub-annual scales require pixel time series to have many historical observations in the reference period to model normal forest dynamics before detecting deforestation. However, in some areas, pixel time series often do not have many historical observations. Detecting deforestation at a pixel with scarce historical observations can be improved by complementing the pixel time series with spatial context information. In this work, we propose a data-driven space-time change detection method that detects deforestation events at sub-annual scales in data cubes of satellite image time series. First we spatially normalised observations in the local space-time data cube to reduce seasonality. Subsequently, we detected deforestation by assessing whether a newly acquired observation in the monitoring period is an extreme when compared against spatially normalised values in a local space-time data cube defined over reference period. We demonstrated our method at two sites, a dry tropical Bolivian forest and a humid tropical Brazilian forest, by varying the spatial and temporal extent of data cube. We emulated a “near real-time” monitoring scenario, implying that observations in the monitoring period were sequentially rather than simultaneously assessed for deforestation. Using Landsat normalised difference vegetation index (NDVI) time series, we achieved a median temporal detection delay of less than three observations, a producer’s accuracy above 70%, a user’s accuracy above 65%, and an overall accuracy above 80% at both sites, even when the reference period of the data cube only contained one year of data. Our results also show that large percentile thresholds (e.g., 5th percentile) achieve higher producer’s accuracy and shorter temporal detection delay, whereas smaller percentiles (e.g., 0.1 percentile) achieve higher user’s accuracy, but longer temporal detection delay. The method is data-driven, not based on statistical assumption on the data distribution, and can be applied on different forest types. However, it may face challenges in mixed forests where, for example, deciduous and evergreen forests coexist within short distances. A pixel to be assessed for deforestation should have a minimum of three temporal observations, the first of which must be known to represent forest. Such short time series allow rapid deployment of newly launched sensors (e.g., Sentinel-2) for detecting deforestation events at sub-annual scales. 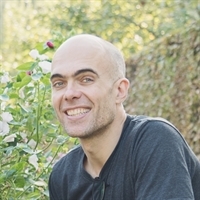