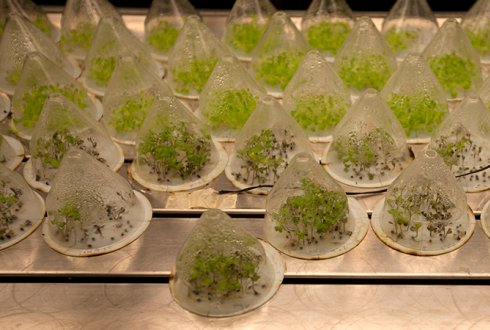 For centuries, organisations were free to obtain wild seeds, bacteria or other genetic material from abroad for research and development purposes. Those days are over and, since 2014, contracts have to be signed with the country of origin. At the request of the Dutch Ministry of Economic Affairs, the Centre for Genetic Resources, the Netherlands (CGN) of Wageningen UR, has set up an information point on the subject, the ABS National Focal Point.

“We receive questions from companies and research institutions from across Europe,” says CGN director Bert Visser, the contact for the information point on Access and Benefit Sharing (ABS). “Professors, R&D managers and lawyers wish to know whether they need to sign these contracts, for instance, and why. Or they want to know how to find the responsible authorities in the country of origin.”

In 1992 several countries with a high level of biodiversity, including Costa Rica, Peru and Indonesia, insisted on a new principle called ‘Access and Benefit Sharing’. They wanted to share in the profits made on new medicine, seeds or other products containing genetic material from their countries. The international community agreed, but figuring out the details turned out to be harder than expected. The problem was that varieties and their genes constantly cross borders, making it difficult to determine the ‘owner’. Eventually, in 2010, the countries established a new protocol in Nagoya (Japan). The EU Regulation that ensures compliance with the Nagoya Protocol was implemented in October last year.

Now even the most unremarkable aphid found during a mission, or imported by a foreign employee, requires a contract. In exchange, countries may demand a specific percentage of any profits on a new product, for instance; or training sessions for colleagues from the countries of origin in joint projects. As of October 2015, inspectorates in the EU (represented in the Netherlands by the Netherlands Food and Consumer Product Safety Authority) will be checking the administration related to the used materials.

To establish a contract it is necessary to make contact with the responsible authority in the country of origin of the biodiversity. “We always recommend approaching the authorities via an existing research partner in the relevant country,” Visser adds. “Nonetheless, problems may still arise; for example when the national regulations have yet to be published, the point of contact is unreachable, or officials don’t respond. Because of the risks involved we often suggest not giving up too quickly on the requirement of due diligence. Try to make contact again via different routes.”

Visser is regularly asked how organisations can keep the associated costs down. “They can be minimised by using model contracts within a sector,” Visser explains. To illustrate, 170 botanic gardens have already established a guideline for the free exchange of seeds. Some organisations, such as the CBS-KNAW Fungal Biodiversity Centre in Utrecht, only supply samples for fundamental research, which reduces administration costs. And a specialised international agreement under the Food and Agriculture Organisation (FAO) has developed a standard material transfer agreement for genetic material for improving food crops in which applicants pay 1.1 per cent of the turnover on a new product. This is then awarded to an international fund rather than the country of origin."

The Dutch ABS Focal Point provides a wealth of online information and details on the new regulations on the use of biodiversity in Dutch and English via this site (accessible worldwide). Organisations and individuals from the Netherlands can also request specific advice.