A national consortium is receiving funds from The Hague to identify the best spin-offs from scientific research and finance them. Wageningen University & Research (WUR) leads the way alongside the three other technical universities (Delft, Eindhoven and Twente), TNO and investor Shift Invest. The consortium focuses on circular technology. In total, there is 8 million euro from the TTT scheme, the state’s Thematic Technology Transfer instrument, available for the programme. A second consortium, led by TU/Eindhoven and investor Innovation Industries, focuses on the subject of Smart Systems.

It is becoming increasingly important to universities to capitalise on research and to find practical applications. The government invests in research and wants this investment to visibly benefit society, for instance by boosting business around the circular economy. Therefore, every university in the Netherlands has arranged for the possibility that interesting scientific research can develop into a spin-off, a new, independent company with knowledge obtained from earlier research.

Why do we need TTT funding?

At the moment, each university and knowledge institute looks within their own organisation and then gets underway on the project on their own, including the funding. The joint approach in TTT is a new method of collaboration, according to Maurits Burgering of WUR. He will be leading the Circular Technology programme. “People know how to find each other when it comes to research, but not yet for this. Perhaps this is caused by promising spin-offs being so few and far between. However, by keeping them to themselves, universities are missing opportunities, knowledge and the networking.”

Capitalising on scientific research is not easy and often takes a long time. WUR Director of Value Creation Sebastiaan Berendse: “We expect to scout approximately 100 interesting research projects for value creation in this programme. A maximum of 10 of these 100 potential ‘gems’ will be selected in five years' time as the most feasible new companies for funding. And the starting period of these spin-offs is often the most intensive and challenging phase of all.”

It is very problematic for universities and investors to put up a great deal of money at an early starting phase in the conversion of science to value. Maurits Burgering is very clear: “That first period for starting entrepreneurs is also called the ‘Valley of Death’. Just imagine walking through the desert and having to survive the first week without any water and bread. TTT funding boosts starting enterprises to help them survive, but also includes the correct support and commitment from professionals and makes networks such as 4TU, TNO and Shift Invest accessible.”

The TTT funding of 8 million from The Hague will be used in combination with a national team of technology transfer officers within the consortium. They will monitor the whole system, like a spider in the web. “They will scout within their own organisation for potential gems and explore together what is needed to create feasible companies centred around them. This is about much more than just technology: the team, the market opportunities, the plan and insight in the upscaling steps that must be taken are part of that scouting.”

The Dutch government aims to be circular by 2050. This requires new insights that in part can only be obtained through scientific research and its realisation into applications. According to Berendse, scalability and collaboration are the two magic words here: “The Chaincraft company is a good example. They produce biological fatty acids by fermenting organic waste. The company uses knowledge originally acquired by Wageningen scientists. An investment from Shift Invest running in the hundreds of thousands was followed by millions from others. Now the Wageningen knowledge is beautifully applied in practice.” 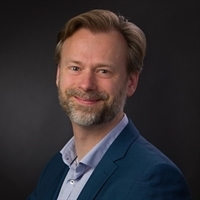 Do you have a question about this message? Please contact: drs. SGP (Sebastiaan) Berendse CEMS MIM
Contact form + Show more (1)