How can large cities in Africa and Asia feed the growing communities of migrants from rural areas who move to the city? WUR researchers from various fields developed a framework for the analysis of urban food systems. This approach was applied in Kibera, a large slum area on the outskirts of Nairobi, and has resulted in a new trade flow in farmed fish. Fish farmers, fish traders and inhabitants of Kibera are all benefiting from this.

Migrants who move to the city from the surrounding countryside settle in districts and slums around the large cities in Africa and Asia. How to supply all these vulnerable, often poor new urban dwellers with healthy and affordable food is an increasingly urgent question. This is even more challenging now that trade and transport are restricted during the Corona pandemic. To better answer this question, an interdisciplinary group of researchers developed a framework for the analysis of urban food systems based on literature study and experiences in previous projects.

Wageningen Economic Research worked together with other WUR departments: Wageningen Environmental Research, Wageningen Food and Biobased Research and Wageningen Centre for Development Innovation. The new method is based on the existing food systems model developed by agricultural economist Siemen van Berkum in 2018 together with his colleagues.

“One aspect that has been added to the existing model”, says Van Berkum, “is more attention for spatial analysis. The migration of villagers to the city has a lot of spatial consequences: the migrants often end up living in slum areas, where planology plays no part. This results in problems with accessibility by roads, water supply and electricity, which also has consequences for the availability of food in the slum area. At the same time, the migrants establish a spatial urban-rural connection by contact with their family in the countryside.”

At the heart of the approach that results from the study is the cooperation between researchers from a variety of disciplines, says Van Berkum. “Complicated problems like this can only be solved by looking at them from various perspectives.” It requires collaboration between economists, planologists and environmental experts, technologists and social scientists, and an open approach towards everyone’s contribution.

Participation of those involved

“Another new aspect added to the model is the active participation of those involved in the food system in analysing the problem and contributing to solutions”, says Katrine Soma, one of the other researchers who contributed to this study. “It means involving the leaders of the community, the people who really feel responsible and involved.” In this way actual needs, urgencies and welcomed solutions can be matched.”

A good example of how this can work in practice is an ongoing research project that Soma is supervising in Kenya. In a previous workshop with fish farmers in Nyeri, 180 km to the north of Nairobi, it was informed that most of the fish are too small for sale in a typical market in Nyeri.

An idea was then conceived to sell the small fish of the fish farmers to the slum area of Kibera. In a workshop shortly after the outbreak of COVID-19, researchers discussed the possibilities, together with representatives of the fish farmer cooperative, the women who trade with fish in Kibera, and a community leader from Kibera. The bottleneck was found to be the lack of refrigeration for traders in Kibera. This problem was solved by working together. To create demand the fish, extra efforts were arranged by the Kibera community lead to inform of the new deliveries.

Since 8 August, on a weekly basis, a tonne of fish goes from Nyeri to Kibera. The fish farmers have found a market for their small fish that is affordable and therefore suitable for sale in Kibera. The women who dry, cook and sell the fish in the slum have a new source of income. And thousands of slum inhabitants have a new source of cheap and healthy protein on their plate.

Building on what is already there

“Without the food system approach this project wouldn’t work nearly so well”, says Soma. “The important thing is to obtain an overview of all aspects of the food system.” The holistic view of the whole food system also helps to bring the various parties together in the fish trade and to understand one another’s role. Soma: “The fish farmers and the women in the informal trade in Kibera are operating in very different worlds. Communication, trust and urgencies among stakeholders are needed to perform in such complex contexts.” This results in co-creation, says Soma: discussing the challenges and problems together and working together to implement solutions.

In August 2020 a total of 386 households were interviewed in Kibera. These will be repeated to account of change within two years to follow the progress and the effect of the innovation on the fish trade. Soma: “In order to feed the growing cities we need to listen to the people who live and work there and build on what is already established. In this way, we can make food systems more resilient and more sustainable.”

In addition to the application in Kibera, the food systems model for Feeding cities and migration settlements is also being applied in Kampala in Uganda and Dhaka in Bangladesh.

Wageningen University & Research is using the Food System Approach to develop future-proof food systems. We have a range of scientifically proven and robust tools and methodologies to translate the complex world of food systems into practical, solid concrete action plans for governments, investors, businesses and civil society organisations. Using a Food System Approach enables WUR to address all aspects of the food system. The approach focuses on the following domains: sufficient food for everyone, the provision of a healthy diet, a fair distribution of costs and revenues, and sustainability and preservation of biodiversity.

Do you want to know more about this project? Subscribe to our webinar on November 5 and/or 11: 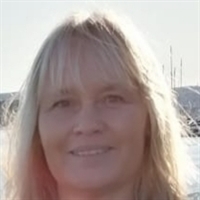 Do you have a question about urban food systems? Ask our expert: dr. K (Katrine) Soma
Contact form + Show more (2)

The ‘Feeding cities and migration settlement’ project is carried out by Wageningen University & Research, part of the strategic research programme knowledge base (KB) programme ‘Food Security and Valuing Water’, commissioned and subsidised by the Dutch Ministry of Dutch Ministry of Agriculture, Nature and Food Quality.

Do you want to know more about this project? Subscribe to our webinar on November 5 and/or 11: