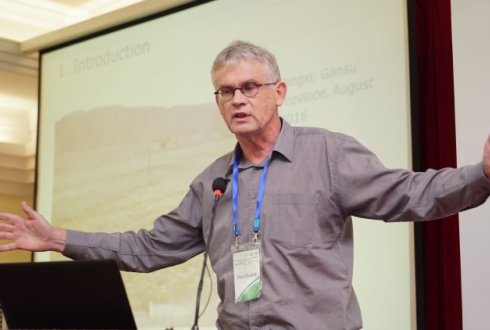 The Executive Board of Wageningen University & Research has appointed Nico Heerink professor holding a personal Chair at the Development Economics Group. His research focuses on the influence of policy on the decisions made by rural households in developing countries, including the consequences of these decisions for the use of natural resources, the quality of the natural environment and the quantity and quality of the food produced.

Nico Heerink studied Econometrics in Groningen in the late 1970s and early 1980s and gradually developed a specialisation in Development Economics. After graduating, he spent three years at the European University Institute in Florence, Italy, conducting PhD research into relationships between income distribution, population growth and economic development. In 1991 he successfully completed this research and was awarded a PhD.

In the meantime, in 1989, Heerink was appointed assistant professor to the Development Economics chair group at Wageningen University & Research. He was initially the group's macroeconomist, but his research gradually shifted focus to the influence of macro-policy on rural households. He started this research in East and West Africa, but has focused mainly on China since the mid-1990s. He works closely and shares knowledge with local colleagues at Nanjing Agricultural University and several other Chinese institutes.

He took unpaid leave between 2004 and 2006 and spent three years working in Beijing as China Office coordinator for the International Food Policy Research Institute (IFPRI). During this time he continued to specialise in rural policy issues in China and also gained more knowledge and understanding of Chinese language and culture.

In 2007, he returned to Wageningen where he was appointed associate professor to the Development Economics chair group. Since 2008, he has also held a part-time position as visiting professor at Nanjing Agricultural University's China Centre for Land Policy Research. From 2012 to 2016 he held an additional position as part-time guest professor at Zhejiang University in Hangzhou, China.

Heerink likes to apply his own research experience to his lectures. For example, he starts a second-year BSc course by illustrating the five themes for the group assignments (migration, gender, land, water, risk & uncertainty) by showing relevant examples of problems faced by rural families that he himself encountered during his research in Africa and in China.

Read more about the chair group: