Less calories in combination with a high dietary fibre content result in more satiation than high-calorie foods with less dietary fibres. However, the first combination results in an empty stomach. A study conducted by Wageningen University has shown that the effect of dietary fibres on satiation is not only caused by the length of time the high-fibre food remains in the stomach. The speed of eating, taste and mouthfeel can also effect the feeling of fullness. The results of the study have been published in the American Journal of Clinical Nutrition.

The effects of eating fibre and calories on satiety have been researched with four variants of liquid meals (shakes) with either 100 or 500 kilocalories and with a high fibre content (thick shake) or low fibre content (thin shake). As expected, the study showed that a thin shake of 500 kcal (25% of the daily required amount of calories) leaves you feeling less full and sated than a thick shake. One notable result indicated that a thick shake of 100 kcal is digested at a faster rate but does create a more significant feeling of fullness in the research subjects. This is in contrast to the thin shake with 500 kcal. ‘The research subjects were less likely to want to eat something else after consuming the thick shake with 100 kcal, despite the fact that their stomachs were still relatively empty,’ states Guido Camps, one of the authors of the publication.

‘From these results we can conclude that dietary fibre does not necessarily cause fullness in the stomach and satiety, but rather directly causes satiety. We do not yet fully understand this process and further research is required. Satiety can also be caused by eating slowly and extending the exposure to taste,’ explains Kees de Graaf, professor of Sensory Science and Eating Behaviour. In their publication, the researchers have named the feeling of fullness caused by eating high-fibre food despite having a relatively empty stomach ‘phantom fullness’. This is the exact opposite of ‘empty calories’ - food that is digested quickly and leaves you feeling unsatiated. Phantom fullness could contribute to a reduction in calorie intake.

The researchers used locust bean gum fibre which is also used as a thickening agent in baby food. It is likely that other thickening fibres will give the same effect, but further research is required to determine this.

This research is part of the European Commission-funded research project Nudge-it, in which Wageningen University is studying the influences of taste and stomach stretching on the process of satiety. For this study, MRI scans of the stomach were used to determine how much of a meal remains in the stomach and how much has already been digested. These amounts are compared to the scores of research subjects who have indicated at set times about how full and sated they were feeling. This research method has never before been applied in the Netherlands. 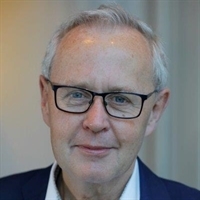 Publication in American Journal of Nutrition