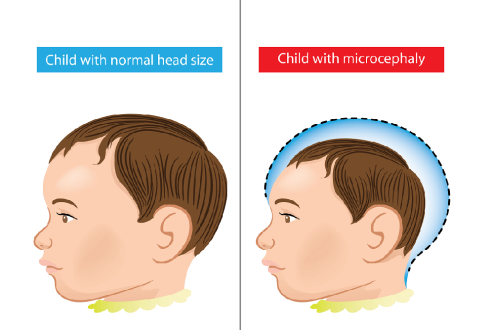 Studying pathogens in animals can provide important insights into disease development in humans. Zika virus is pathogenic to humans and nonhuman primates but does not naturally affect other species, complicating studies on pathogenesis and the evaluation of vaccines and antiviral therapies.

Due to the similarities in physiology, anatomy and the immune system between pigs and humans it was evaluated if pigs can be used as human surrogates in Zika virus research. Zika virus is a mosquito-borne virus that recently caused a severe outbreak in Brazil and other parts of South America, associated with microcephaly (underdevelopment of the large brain and skull) in newborns and Guillain-Barré syndrome in adults.

First insights into Zika virus pathogenesis came from studies with mice. However, the major differences in the physiology, anatomy, and development of the rodent and human brain makes extrapolation of observations made in mouse experiments to humans not always appropriate. The application of mouse models to study the effect of Zika virus infection on brain development is further limited by the short gestation period of mice compared with humans. Nonhuman primates are considered the best human surrogates for studying human infectious diseases and have indeed proven extremely valuable in Zika virus research. However, the use of large numbers of nonhuman primates, particularly during gestation, is under severe societal scrutiny. The expertise of WBVR on (arbo)virus research in association with large (farm) animals stimulated us to develop an alternative large animal model for studying Zika virus pathogenesis.

‘Pigs share many anatomical and physiological features with humans. Our study shows that pig fetuses infected with Zika virus develop severe brain pathology. The study has provided useful insights into this recently emerged mosquito-borne disease that primarily affects the human fetus. Apart from learning about the pathogenesis of Zika virus infections, the model can potentially be used to test antiviral drugs. The research also endorses the latest observations from the field that a Zika virus infection can result in serious brain abnormalities without visible reduced growth of the brain. The long-term effect of an infection in piglets also has to be studied further.’

According to Wichgers Schreur, the ‘One Health’ approach in which vector research, in vitro and in vivo models will meet is essential to combat pathogens like Zika virus. Further to the presentation of Wichgers Schreur, Ronald van Rij will present ‘What makes the mosquito such a good vector of viruses' during the NCOH Annual Scientific Meeting on May 30th.

The social and economic cost of the spread of the Zika virus in Latin America and the Caribbean will total an estimated US$7 to 18 billion between 2015 and 2017. Check the report

Paul Wichgers Schreur obtained his PhD in molecular biology from the University of Utrecht after studying the interaction of the zoonotic Streptococcus suis pathogen with the innate immune system of humans and pigs. In 2012, he switched to the field of molecular virology and started as a postdoctoral researcher at Wageningen Bioveterinary Research (WBVR), previously known as Central Veterinary Institute of Wageningen University and Research. Using techniques like reverse-genetics, single-molecule microscopy, and ‘bacterial superglue’ he studied the infection cycle of bunyaviruses and used this knowledge to (co)developed candidate vaccines and therapeutic antibodies. Paul is currently a senior virologist in the arbovirology group of Prof. Jeroen Kortekaas and is responsible for the daily supervision of the people on the lab. In 2017, he co-founded and became COO of Bunyavax, a spinn-off company of WBVR that develops vaccines using a proprietary platform technology. He has (co)authored various publications and is formal (co)applicant of 2 patent applications. 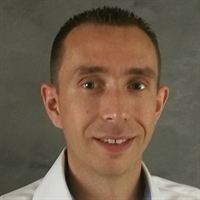 Do you have a question about Zika? Ask our expert: PJ (Paul) Wichgers Schreur MSc
Contact form + Show more (1)