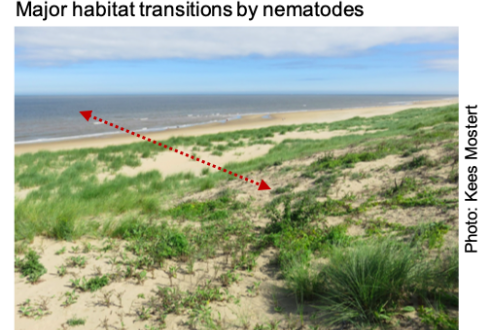 Nematodes are the most ubiquitous animals both in marine sediments and in terrestrial soils. One might wondering why they were so successful.

In these two papers, we formulate a number of factors that could have contributed to this. Moreover, we pinpointed an amazing number of major habitat transitions (over 30 times from the sea to the mainland and back again) that took place during evolution. The ecological  flexibility probably has contributed to the ecological succes of these small but highly abundant animals.