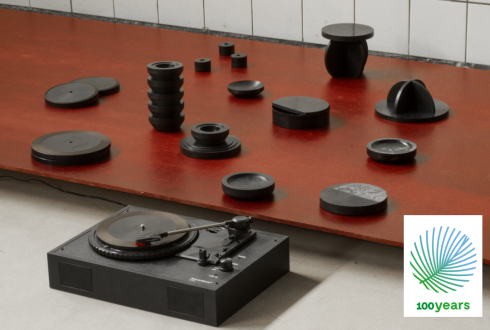 Artist Basse Stittgen makes small objects of cow blood. In March and April he will be working on campus with two scientist of Animal Sciences. Together they will work on an innovative technology to produce the objects on larger scale.

In Blood Related, an earlier project of Stittgen, he made small objects out of animal blood. A jewellery box for example, eggcups and even a record playing the heartbeat of a pig. In Creative Innovations, he wants to increase production of the objects.

On average in The Netherlands two million cows are slaughtered, each containing 20 to 25 liters of blood. 70 percent of this blood is sterilised and discharged into the sewer system and only 30 percent is dried and used as protein source in fertilizers. Discovering this large quantity of wasted blood, Stittgen was motivated to find a way to make small objects of it. A repelling idea for some, but not for Stittgen. ‘People have very strong notions towards blood’, he explains. ‘When we see blood, we associate it with being hurt, death and aggression. Having an object made of blood creates more resistance than eating meat. But once you go beyond those preconceived notions, you’ll find blood is a valuable protein-based biomaterial.’

By joining project Creative Innovations Stittgen wants to take his ideas a step further and work towards a larger scale production of usable blood-based objects. ‘Then I do not only create awareness, but also actively provide a solution to reduce the blood waste from slaughterhouses. In the best case scenario they can replace plastic objects’, he explains.