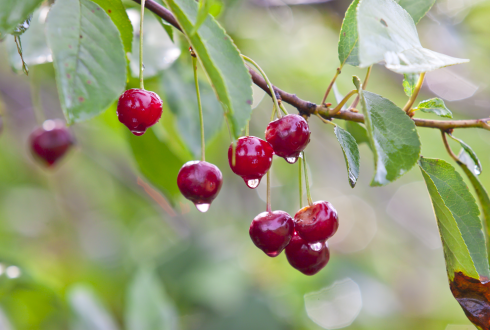 Climate change can affect our food safety in a number of ways. In a European study, researchers at Wageningen University and Ghent University (Belgium) state that there is often a relationship between long-term changes in temperature and rainfall and vegetable and fruit contamination. For example, flooding may result in increased concentrations of harmful bacteria that can be quickly broken down again by UV light. Similarly, in one region fungi that produce toxins may increase due to global warming, while they decrease in other regions. The researchers have published their findings in a special issue of the scientific journal Food Research International that they edited.

In the future, in a changing climate, will we be able to continue eating safe vegetables and fruit or will this come under pressure? This is the question asked by the Ghent and Wageningen researchers. They have brought together the latest information and scientific findings on the impact of climate change on food safety in the special issue. The special issue was initiated by researchers and includes several papers from the  Veg-i-Trade project financed by the European Union.

These are the first studies into the relationship between climate change and food safety. The researchers find that there is every reason to expand this research. They believe that more scenario analyses, which have been used for years in climate study in general, should also be included in food safety research. One of the first scenario analyses was included in the Veg-i-Trade study.

Field studies and statistical analyses within the Veg-i-Trade project show that there is in fact often a relationship between vegetable and fruit contamination and climate variables such as temperature and rainfall. A preliminary study into toxic substances from fungi shows, for example, that an increased risk of contamination of tomatoes may be expected at the end of the 21st century in Poland. In Spain, however, it will be too hot then for this kind of fungi, so the risk of contamination will be lower. Another study shows that in a flooded lettuce field the likelihood of flooding is increased by climate change, resulting in higher concentrations of harmful bacteria. UV light will then cause these concentrations to decrease again rapidly.

The Ghent-Wageningen overview research forms parts of the European project Veg-i-Trade. From May 2010 to April 2014, 22 partners (universities, research centres, SMEs and major industrial partners) from ten countries carried out research into viruses such as the norovirus, bacteria such as Salmonella and E. coli, and fungal and pesticide residues on fresh vegetables and fruit. Veg-i-Trade studies the possible effects of globalisation and climate change on the food safety of these fresh products.

Read the detailed editorial on the research at: Special issue on the impacts of climate change on food safety