As is often the case with ingenious inventions, this idea arose casually, at the coffee machine. After another sweltering, wakeful night, a few TU Delft students were fed up with those annoyingly buzzing mosquitoes. They turned a simple toy into a mechanical bat, a flying mosquito slicer. Finally undisturbed sleep again! More than five years later, greenhouses in the west of the Netherlands are equipped with their drones, which set out at night to eliminate moths.

Through their network, the men from PATS Drones came into contact with growers, who are sometimes at a loss. The pests in the horticultural sector have not diminished; the means to combat them have. Some growers thought they had an infestation fairly under control, with light and pheromone traps. Until they saw the images from the special PATS cameras, which control the drones. They registered the moths earlier than the growers themselves, who only found the first specimens in their traps weeks later.

Because that's how the system works: the drones are controlled by cameras that register the moth. The camera knows exactly where to send the drone. Based on parameters such as the size of the insect, the frequency of its wing beat, the flight path and the time of flight – in the case of the moth at night – it knows what kind of insect it is. The autonomous drone that is waiting for a signal on its charger goes over and bang! (or pats! in Dutch..) Moth eliminated.

The concept is as simple as it sounds, even though a lot of research has preceded it, certainly also insect-specific. Because there are not only moths in a greenhouse, but also precious bumblebees, for example, which play an important role in pollination. “Of course you don't want them to end up in the propellers,” says Bram Tijmons of PATS Drones.

The scouting system is still under development. PATS Drones currently focuses mainly on moths, but wants more. Bram: “Of course you can map out a lot more with the system: are there enough bumblebees flying, or should I release a few more specimens? The ultimate goal is that growers can control as much as possible from their dashboard what is happening in their greenhouse. They then have to go into the greenhouse less often. And with that you reduce the risk that you yourself bring in a virus or something similar from the outside. Because that can have very unpleasant consequences.”

The founders of PATS Drones, originally business administrators and technicians, are becoming true insect experts. Especially since the collaboration with entomologists from Wageningen University & Research. Bram: “We worked with them to investigate how moths react to movement and sound, using a wind tunnel. The flight of the moth turned out to be random and unpredictable in the vicinity of a drone. Then we knew: the drone should be as small and manoeuvrable as possible and behave more like a guide missile chasing a moving target rather than a bullet that can only go in one direction.”

The collaboration with Wageningen University & Research originated at the end of 2020 in the context of agROBOfood, an extensive European program which is partly led by Wageningen University & Research. The aim of the program is to show the agri-food sector how many good robotics solutions there are available already – or soon – and to accelerate their adoption across Europe.

The sector has enough problems to deal with: for example, there are fewer and fewer people who want to do the executive, labour-intensive work and the number of available pesticides is further scaled down. “AgROBOfood helps to develop and market smart automation as an answer to the problems that growers face on a daily basis,” says Bram.

Work to be done

There is still plenty of work to be done for PATS Drones. Refining the software is a continuous process. “And,” says Bram, “the drones mainly work at night, but the intention is that they will also do so during the day. In addition, we want to focus on other insects and crops in the future. We are now able to eliminate the tomato leaf miner moth on tomatoes. That was quite a challenge because of the larger amount of leaves and the strings used in the cultivation. As a result, the drones have considerably less room to maneuver.

It would be great if we could get many more growers enthusiastic about our approach, so that each greenhouse will soon be equipped with a number of drones. And if we could also use that mechanical bat for our original idea, to eliminate mosquitoes… Imagine being able to book a hotel room equipped with a PATS drone all over the world in the future,” Bram muses. 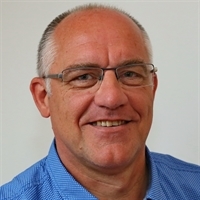 Do you have a question about agROBOfood? Ask our expert: dr.ir. C (Kees) Lokhorst
Contact form + Show more (1)