A large international consortium (1000 Bull Genomes) of animal genetic researchers have tried to explain the genetic background of cattle stature. They collected data from more than 50,000 animals of 8 different breed from 9 countries. This first big meta-analysis for livestock animals shows that stature of cattle is influenced by many genes. The results are published in Nature Genetics of 19 February 2018.

Cattle versus human and dog

The results of this study show that height of cattle is influenced by many genes, similar to human height. Other research has shown that height in dog breeds is influenced by a limited set of genes. Strong selection on exterior has taken place during the formation of dog breeds to create typical breeds like the tall Danish Dog and small Jack Russell. This strong selection has taken place on a limited set of genes with a large effect on height. Which explains why researchers find a limited number of genes that explain the differences in height between dog breeds. However, human studies show that height is a complex trait. Researchers can explain only a small part (~16%) using specific variants in genes on the DNA. The large meta-analysis shows that the genetic background of cattle stature is comparable to that of humans. In total, 163 significant DNA variants with an effect on cattle stature were detected. These DNA variants explain less than 14% of the genetic differences within cattle breeds. The differences between dogs on the one hand and humans and cattle on the other hand can be explained by differences in selection on height. Dog breeds were created by selection on typical breed characteristics, such as extreme sizes, while there has not been any (conscious) selection for height in humans. In cattle, selection focussed on optimal height instead of extreme sizes besides selection on a wide range of different traits. This makes the genetic variation observed for stature in cattle more comparable to human height.

Miniature cattle and the auroch

This large study with data from more than 50,000 animals confirms that cattle stature, and probably many more complex traits such as fertility and production, can only be explained in part by specific genes. Many modern techniques, such as gene editing, can only be applied for traits influenced by one or a hand full of genes, such as polledness. The results of this study illustrate the difficulty to apply gene editing effectively in breeding to improve complex traits. Luckily, successful breeding does not depend on the number of genes. Statistical prediction models and thousands of DNA markers spread over the genome can explain about 75% of the genetic variation. This makes genomic prediction based on DNA information also reliable for complex traits. This large scale research on cattle stature provides knowledge to develop even better genomic prediction models. This can be very important for new traits that are too expensive to measure on a large scale, such as feed intake or health of individual cows, or for instance for small traditional breeds. This knowledge can also lead to better genomic prediction models for other species such as pigs, poultry and even plants and humans. 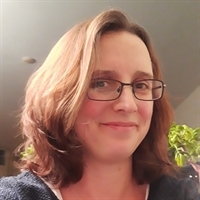