Since 15 May there have been internet reports about the outbreak of a new tomato virus – Southern tomato virus (STV) – in the United Kingdom. The virus had already been detected on mainland Europe for some years. What do we know about this virus and does it pose a genuine threat to the sector?

The tomato virus was reported on the UK Hortidaily website on 15 May. It was said to cause symptoms akin to Tomato brown rugose fruit virus (ToBRFV) and Pepino mosaic virus (PepMV). The report was taken up by the sister website Groentennieuws.nl. Since then, more reports about the STV have appeared in various other internet sites.

What does scientific research tell us about the Southern tomato virus (STV)?

STV is a virus that was first described ten years ago in the United States in relation to tomatoes. The scientific publication in which this description appeared showed several photos of small discoloured fruit. The authors themselves said that it had not been established whether the discolouration was caused by STV or by other viruses found in the same plants. They were unable to transfer the virus by mechanical means or by grafting, nor could they purify the virus or demonstrate its presence in plants with yellow stunting disease. The virus did not cause any symptoms in seedlings of various cultivars. In 2013 and 2015 the virus was also discovered in France and in the Canary Islands, but always in combination with other viruses.

What kind of virus is STV?

The STV belongs to the group of amalgaviruses, referred to as cryptic plant viruses. This means that we know that they occur in plants, but they do not exhibit any symptoms. There is growing evidence that these kinds of cryptic virus can even be beneficial for plants.

How does STV behave in a plant?

Southern tomato virus cannot move from cell to cell: it is ‘locked’ in the cell and is therefore unable to spread through the plant. The virus grows with the plant. It is therefore not possible to transfer the viruses mechanically (via crop cultivation) or via cuttings, for example, to another plant. The virus particles occur in all cells in the plant, including the gametes, which is why we also find these viruses in the embryo in the seed.

What disease symptoms are exhibited by tomato plants infected with STV?

Because STV accompanies the embryo in the seed, it infects tomato lines and varieties as a whole. This was confirmed by a 2018 Spanish study. The researchers found the virus in all the tomato lines they examined and at all plant nurseries. However, none of the plants in which STV occurred showed signs of disease. These are strong indications that the virus itself is not responsible for any tomato disease. But because it is so widespread, it also appears alongside all other tomato viruses. Nothing is known, however, about the possible effects of mixed virus infections or the impact of external stress factors.

Is STV a real threat to the sector?

Based on the current research information on STV, this tomato virus does not appear to pose a new or real threat to the sector. STV has probably been present in tomatoes for a long time but was simply never detected. With new techniques we are now finding more and more (new) viruses whose biological significance is often not clear. Cryptic viruses such as STV are common but we do not know yet what their role or function is.

Our reliable diagnostic assays enable timely detection, identification and/or monitoring of pests and diseases in plants. 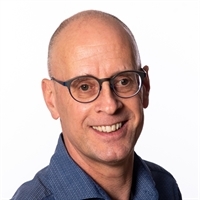 Healthy plants for an adequate supply of healthy food in the world is our goal. To do this, we study insects, viruses, bacteria and fungi, and analyse what their effect is on plants.