Evolution by natural selection is usually regarded as a struggle for existence – a ‘survival of the fittest’. However, lasting co-operation between individuals of differing species is also possible, and many examples occur in nature. Such symbioses are certainly advantageous, yet the origin of this cooperation between species is still challenging scientists. American researchers report on their investigation into the sudden development of symbiosis in the July issue of Science. It is an important step towards understanding how symbiosis arises, the Wageningen researchers Ton Bisseling and Duur Aanen state in their commentary on the American research in the same issue of Science.

Our present understanding is that symbiosis can arise in two ways: by gradual adaptation in a process of what is called co-evolution, or abruptly in which case environmental changes cause the species to become dependent on each other in one fell swoop without any genetic change occurring. The American researchers Hom and Murray revealed in Science that this abrupt scenario can occur and they explained how. The researchers, having created ecological conditions in which an alga and a yeast became completely dependent on each other, saw symbiosis developing. If both species are cultivated using glucose as the only carbon source and nitrite as the only nitrogen source, the alga is dependent on the CO2 produced by the yeast, and the latter on the ammonium produced by the alga. This simple manipulation of the environment led to a close association between the two organisms,  also visible in morphological changes in the cell walls of both organisms. This is the first time symbiosis has been created experimentally where, by simply altering the environment, co-operation between two species arose. This study will help to increase understanding of how other symbioses come into being.

According to Aanen and Bisseling, if just one of the two species is dependent on the symbiosis, the co-operation develops only if the more rapidly growing of the two species is the dependent one. Otherwise it will compete with and destroy the other. The situation in which one of the partners has control over the other is quite different. Then, one partner functions as 'host' and the other as ‘symbiont’, as in the nitrogen-fixing plants that Professor Ton Bisseling has researched in detail. These plants accommodate rapidly-dividing, nitrogen-fixing bacteria (rhizobia) inside encapsulated structures, the root nodules.

The interaction between plants and rhizobia is initiated by very specific signal molecules known as Nod factors, which form nodules in only a small group of plants. The Wageningen researchers therefore believe it is likely that this symbiosis developed through a process of gradual adaptation. In their contribution in Science, Aanen and Bisseling describe a new hypothesis: nitrogen-fixing bacteria initially lived between plant root cells, without any advantage or disadvantage to the plant. It was only later that the plant 'discovered' the bacteria as a source of nitrogen. This was followed by co-evolution, which eventually led to symbiosis.

There is now proof that symbiosis can arise very quickly by means of 'ecological fitting'. The next question – how often has this happened in evolution, in comparison with the gradual, co-evolutionary way? – is posed by Aanen and Bisseling in their Science commentary.  They believe the answer to this question will be obtained by performing research on model systems of symbiosis, the variable being how long a symbiosis has existed. 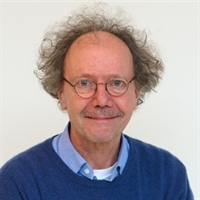