The Netherlands Organisation for Scientific Research has awarded three experienced Wageningen researchers a Vidi grant worth 800,000 euros. The grant enables them to develop their own innovative line of research and set up their own research group in the coming five years.

The three Wageningen Vidi-laureates are:

Recent research shows that many animals have characteristics that we used to think were exclusively human. One of these is the possession of agency: carrying out selfwilled action. In the current era, the Anthropocene, animal agency is increasingly limited. How can we change our ethics to better include animal agency?

For the development of ‘smart’ polymer materials, whose properties respond to their environment, so-called dynamic-covalent bonds can be introduced between the polymer chains. In this project a new approach is presented to systematically control the dynamics of these bonds, as a means to better design functional (e.g. self-healing) materials.

Males and females often have distinct appearances, especially insects have striking differences. The underlying mechanisms by which the different characteristics emerge are still quite unclear. Do new genes appear or does gene regulation change? This research will study the molecular basis of three sex-specific characteristics that have recently arisen in insects.

Vidi is aimed at experienced researchers who have carried out successful research for a number of years after obtaining their PhDs. Together with Veni and Vici, Vidi is part of the NWO Talent Scheme. Researchers in the NWO Talent Scheme are free to submit their own subject for funding. NWO thus encourages curiosity-driven and innovative research. NWO selects researchers based on the quality of the researcher, the innovative character of the research, the expected scientific impact of the research proposal and the possibilities for knowledge use. At a national level NWO funded 86 Vici-proposals. 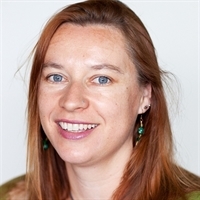 More information by the NWO: