What prompts a hunter to shoot an animal after it is spotted? Wageningen and Norwegian researchers studied more than 180,000 choice situations where hunters had spotted an animal and had to decide whether or not to shoot. They found that competition among hunters and the season coming to an end led to an increased likelihood of pulling the trigger. The research team published an article this week in the scientific journal PNAS in which they recommend that future wildlife management should take into account the social conditions surrounding hunting.

Hunting is a way to control wildlife populations. A deer or boar is more likely to be killed by a hunter than by a natural predator. However, very little is known about what motivates hunters to shoot a particular animal or not. The selection pattern does determine how a population develops, however. Previous research has shown that hunting is the cause of adult mortality for 80-90% of wild red deer, particularly given the lack of their natural predators such as wolves. Nevertheless, the populations in Europe and North America have grown so big that there are cases of overpopulation. Part of this increase is due to hunter selectivity: examples are the reluctance to shoot female deer with offspring, or prefentially shooting deer with large antlers for trophy. But what exactly shapes shunter selectivity?

To shoot or not to shoot

Researcher Andries Richter of Wageningen University & Research and his colleagues at the University of Oslo collected data on red deer hunting. They analysed a unique dataset of 256 hunting locations in western Norway between 1999 and 2010, which included both hunted animals and animals that were spotted but not shot. The 181,989 choice situations were matched with information about weather conditions and the moon phase.

The researchers then developed a theoretical model containing formal and informal cultural hunting standards to draw conclusions about the factors that influence whether a hunter ​​decides to shoot a particular animal or not.

The researchers found that a shorter remaining season and competition among hunters contribute significantly to the hunter's decision to shoot an animal. Hunters are more likely to shoot an animal as the hunting season comes to an end and if sightings occur less frequently.

The researchers tested their model with hunting and weather data from Norway. The results confirmed their hypotheses: a shorter remaining season and larger groups of hunters increase the probability of shooting an animal. For small groups this amounts to 20% two months before the end of the season and 40% on the last day of the season. For large groups, these figures are 33% and 55% respectively.

The human factor in hunting

'The findings tell us that the human factor plays an important role in hunting,' says Wageningen researcher Andries Richter. The researchers concluded that wildlife management can be improved by taking into account the behaviour of hunters. 'Theoretical options for adapting wildlife management policies include carrying over the unused quota from one season into the next season or introducing an individual quota per hunter,' adds Richter. 'Understanding the interactions between hunters, animals, and regulation is the key to optimise policy-making and striking the right balance between people and nature,' he concludes. 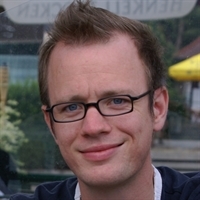