The evolution of the placenta in live-bearing animals offers females an advantage during pregnancy. Animals with a placenta have smaller embryo’s that keeps females thin during pregnancy. This possible advantage is of most importance during the early stages of pregnancy, research from Wageningen University shows. The results have been published in the scientific journal PLOS ONE on April 16 2018.

The placenta, the organ through which a mother supplies nutrients to developing embryos, independently evolved multiple times throughout the animal kingdom: you can find placentas in most mammal species, but also in some reptiles, amphibians, sharks and rays and bony fish. “However, why the placenta evolved, and evolved so frequently, always has been a large mystery,” assistant professor Bart Pollux says.

Hypothesis: the placenta evolved to improve the locomotor performance

In an earlier publication, Pollux suggested that the placenta could have evolved in live-bearing animals to reduce the physical burden of pregnancy, and, as a consequence, improve the locomotor performance during this period (the so-called Locomotor Cost Hypothesis). In live-bearing animals with a placenta, the majority of nutrients is provided throughout the pregnancy. “This allows for smaller egg cells and smaller embryos during the early stages of pregnancy,” first author Mike Fleuren explains. This contrasts live-bearing animals that did not evolve a mechanism to provide nutrients throughout the embryonic development; in these animals all necessary nutrients should be present in the egg cell prior to fertilization. So the advantage of the placenta is that pregnant animals hardly notice the presence of small embryos during the early stages. “We also see this in humans,” Fleuren says. “You cannot tell for her appearance whether a women is pregnant during first months: they do not yet have an enlarged abdomen and are still able to perform physical exercise.”

To test this evolutionary hypothesis, the researchers used live-bearing fishes from the Poeciliidae family. One well-known species from this family is a popular aquarium pet, the guppy. In this family of fish, the placenta evolved multiple times. “This allows us to compare a fish species with a placenta with a closely related species without a placenta. This makes these small fish well suited for our research,” concludes Pollux.

A pregnant fish of a Poeciliopsis turneri, a live-bearing species with a placenta. On this photos it's visible a young fish is born (the tail is already visible and protrudes from the birth channel). Photo credits Mike Fleuren.

To answer their scientific question, the researchers made three-dimensional models of their female fish to study the shape changes throughout pregnancy in great detail. “Making such models is technically daunting,” Fleuren explains, “but it was necessary to determine how fish change during pregnancy.” In their published article, the researchers show that live-bearing fish with a placenta are significantly more slender during the early stages of pregnancy than live-bearing fish without a placenta. Whether a more slender body also allows these fish to swim better, still remains an open question. “It is very likely that this is the case, but we are still studying this to the greatest detail,” Fleuren says.

This research provides the first evidence for an adaptive advantage of the evolution of a placenta in live-bearing fishes. “Although fish are very different from mammals, it could very well be that a comparable advantage plays a role in the evolution of a placenta in other animal groups,” Pollux suggests. But similar research on mammals is, unfortunately, not possible, he says: “we cannot thoroughly compare present-day mammal species with and without a placenta. These are now too different from each other following millions of years of evolution.” 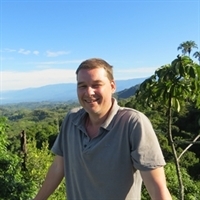