Viruses influence the sex life of the roundworm C. elegans. Male roundworms of this non-parasitic nematode species are less sexually attracted to females infected with the Orsay virus. The virus also eventually leads to more male offspring and therefore an increase in mating behaviour. This has been shown in doctoral research by microbiologist Lisa van Sluijs, lecturer at the Laboratory of Nematology at Wageningen University & Research (WUR). The insights from this research are also of interest for the future protection of plants against parasitic nematodes.

The success of sexual reproduction depends on many aspects such as physical attraction, choice of partner and environmental factors. The presence of pathogens can influence reproductive success, but it was not clear how this worked until now.

For her research, Lisa van Sluijs looked into the influence of the Orsay virus on Caenorhabditis elegans. This is a free-living (i.e. non-parasitic) roundworm (nematode) approximately 1 mm in length which lives in the soil and is widely used for fundamental research.

The Orsay virus is thought to mainly infect nematodes, according to Van Sluijs, but it belongs to the wider group of nodaviruses that can infect both mammals and insects. “Pathogens have an enormous influence on species biodiversity. But up to now we didn’t know how microorganisms adapt their sexual behaviour to the presence of a pathogen.”

Van Sluijs’s research (carried out with the Nematology chair group in collaboration with the Virology chair group and subsidised by the Netherlands Organisation for Scientific Research (NWO)) shows that a virus is capable of significantly disrupting the sex life of the microscopically small C. elegans. Males were found to be capable of identifying females infected with the virus in the lab from a distance, after which they mainly showed interest in females that were not infected with the virus.

During the experiment, Van Sluijs and her colleagues also eventually observed more male offspring, which points to increased mating activity between the nematodes, in a species that is dominated by hermaphrodite females that produce both eggs and sperm cells. Males are only 'born' after a female mates with a male. Females seem to prefer to reproduce through self-fertilisation rather than by mating with a male, however, only deviating from this if they are not, or no longer, able to produce sperm cells themselves.

“This is one of the reasons why males are so rare, females are massively dominant in the population and the population shows relatively little genetic variation,” Van Sluijs explains.

However, during the course of her research she discovered that the presence of the virus eventually increased the number of males in the population. Van Sluijs: “Healthy females produce more progeny, and after mating with a male, half of that progeny will be male. If large numbers of females are infected, they will therefore produce few female offspring, while healthy females will mate more frequently with males, producing large numbers of both female and male offspring. And because males are less susceptible to the virus, pathogenic pressure on the population may start to subside again after a while.”

In organisms that can reproduce via both self-fertilisation and mating, males are sometimes seen as “superfluous”, but the research shows that male roundworms do indeed influence reproduction and the survival of the species. This mechanism may also occur in some parasitic nematodes that cause crop damage.

Van Sluijs: “Various plants have developed weapons to protect themselves against parasitic nematodes. But an increase in the proportion of males in a nematode species such as this could accelerate the genetic development of these nematodes, thereby contributing to a more rapid breakthrough when it comes to plant resistance. If we understand this process, we should be able to intervene and ensure that the development and spread of these so-called pathotype lines is inhibited.” 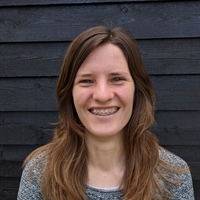 Do you have a question about roundworms? Ask our expert: L (Lisa) van Sluijs MSc
Contact form + Show more (1)