Bunyavax B.V. will focus on the further development of this vaccination platform technology, which was patented by WBVR. This revolutionary technology is based on virus particles that are capable of infecting cells only once, which are also called replicon particles. By introducing genes from pathogens or tumours into the genome of these replicon particles, vaccines can be developed that have an optimal combination of safety and efficacy.

Bunyavax B.V. is headed by Jochem Bossenbroek (photograph below). Bossenbroek is an experienced entrepreneur. In 2009, he was co-founder of ttopstart and until last year was a partner in that firm. While working at ttopstart, Bossenbroek was involved with various biotech start-ups and he helped acquire more than €100 million in grants. In January of this year, Bossenbroek launched a new company focusing on personalised nutrition.
Bossenbroek studied Life Sciences & Technology at Leiden University and Delft University of Technology. He earned an MSc in Management & Entrepreneurship in Health and Life Sciences at VU University Amsterdam and an Executive MBA at the Rotterdam School of Management.

Following successful valorisation of the replicon technology by Bunyavax B.V., WBVR expects to generate new income for additional investments in R&D. This is one of the priority areas in the 2016-2020 strategic plan of WBVR. 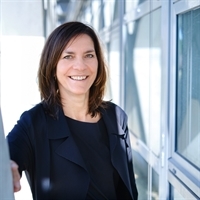