On Wedneday 19 June 2019, WUR welcomed a the high-level delegation from Iraq. Among the delegation members were the First Lady of Iraq, the Iraqi Minister of Agriculture, the Iraqi Minister of Water Resources, the Iraqi Ambassador in the Netherlands and the deputy of the Dutch Ambassador in Baghdad. In addition, various members of the Dutch Ministry of Foreign Affairs, a member from the Iraqi parliament, and representatives of the private sector from both Iraq and the Netherlands (i.e. Al-Jod food production company from Iraq and Rijk Zwaan seed company from the Netherlands) were present. The aim of the meeting was to discuss the agriculture and water issues in Iraq and the future challenges and opportunities for cooperation between WUR and Iraq.

Rens Buchwaldt, member of the Executive Board, welcomed the delegation and expressed the willingness to support Iraq in developing its agricultural sector. In her speech, the First Lady of Iraq, Dr. Sarbagh Salih, emphasized the importance of the farming sector in Iraq for a diversification of the economy. In subsequent presentations ideas to reduce Iraq’s import dependency and possibilities to improve the agricultural sector in Iraq and the role WUR can play were discussed.

The good intentions to collaborate in the field of agricultural development were set out in a Letter of Intent signed by the Iraqi Minister of Agriculture Dr. Dr. Saleh al-Hassani and Arthur Mol, Vice President Executive Board.

The meeting, in which some 80 persons participated, was organized by Corporate Strategy & Accounts, Karrar Mahdi, Liaison Cooperation Iraq, in cooperation with the Embassy of Iraq in The Hague and the ‘WUR Iraq team’. 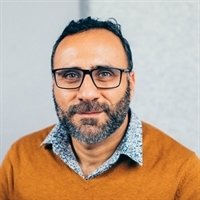