Deforestation and non-sustainable farming methods are catastrophic for the climate. Thus states the latest report on mitigation -possible solutions for climate change- which was released by the Intergovernmental Panel on Climate Change (IPCC). Wageningen scientist Gert-Jan Nabuurs, the lead author of the chapter on land use and agriculture in the IPCC report, says major changes are needed at a global level to reduce the greenhouse gasses affecting the climate. Simultaneously, food production and the use of renewable resources must be increased.

The IPCC was established by the United Nations and is made up of scientists conducting extensive literature studies of all the available scientific publications. The scientists report on these publications through a three-year process to provide policy-makers with the most relevant and up to date information on climate change from scientific research.

For those whose heads are spinning from the IPCC reports, the scientists present a state of the climate every six years based on three reports. One of these reports focuses on the climate system (the most recent dates August 2021), the second focuses on impact, i.e. the consequences of climate change (and was released this February 2022) and, finally, the scientists publish a report on mitigation every six years. The latter report focuses on strategies to combat climate change.

Wageningen scientist Gert-Jan Nabuurs is the lead author of the chapter on Land Use and Agriculture in the latest report on mitigation. What are the key challenges we face compared to 2014 when the last mitigation report was published? We put six questions forward in an interview with Nabuurs, who co-authored IPCC reports on five separate previous occasions.

1 – What are the main conclusions of this IPCC report in the chapter on Land Use and Agriculture?

First, allow me to clarify what we write about. We write about agriculture, forestry and farm animals. We investigated how these sectors may contribute to solving climate change. These aspects are of crucial importance in the climate system because jointly, they are responsible for between 13 and 20% of all greenhouse gas emissions. This is partially the result of deforestation; this does not mean the sustainable harvesting of wood and reforestation, but the destruction of forests such as is taking place in Brazil. Fewer trees means loss of CO2 and fewer possibilities to absorb CO2. A positive development is that deforestation has been reduced by half over the past 25 years, but it is still insufficient. Another major cause of greenhouse gases is the nitrous oxide and methane emitted by farm animals. While we do whatever we can in the Netherlands to reduce these emissions, on a global scale, these emissions increase as a result of the growing demand for food.

2 – Were we not already aware of the fact that farm animal emissions and deforestation contribute to increased greenhouse gas emissions and, thus, to climate change?

Correct. And it is primarily an issue of understanding these emissions and their origin. That is the first step. This report discusses the measures one could take to reduce these emissions. We have included a total of 22 global measures in our chapter Land Use and Agriculture that may be taken to reduce emissions—for example, reducing the emissions of methane and nitrous oxide, reducing food waste and increasing options to sequester CO2 by reforestation, peat recovery and the use of wood products. If these measures are taken on a global scale, emissions can be significantly reduced while the sequestration of CO2 is reinforced. This sector is responsible for becoming the first to be greenhouse gas neutral. I'm talking about a global scale; there will be differences at a national level.

3 – What are the three most essential measures countries can take to combat climate change?

Stop deforestation, intensify agriculture in a sustainable manner and recover forests, including more biodiversity, in combination with renewable resources. The practicability of the measures is the greatest challenge. In our chapter, we also focused on all that has been achieved since 1990, the year negotiations on reducing greenhouse gas emissions began. The EU and New Zeeland have already achieved results in improving agriculture. There is also less deforestation and increased recovery of forests, especially in some tropical regions, China, the United States and the EU. On a global scale, however, not enough has changed. We also see that renewable resources and energy are integrated into all sectors, such as transportation, industry and energy. This is a major step.

At the same time, we must acknowledge that the world population continues to increase, and with it, the demand for food and meat. And finally, we see that every country has different conditions, policies, and economic goals regarding land use and agriculture. We are faced with millions of farmers, forest owners and biodiversity loss. All of this constitutes a complex issue that we must address if we want to mitigate global warming. If we aim to reduce the damage, all emissions must be reduced by half in 2030.

4 – You use the term 'reduce the damage'. Does that mean that human-caused global warming can no longer be averted?

No, not really. We have run out of time. A 1.5-degree temperature can, realistically, no longer be averted. In order to remain below that 1.5 degrees, you must reduce emissions by 50% before 2030. If we take consequent action now, we may still be able to avert an increase of 2 degrees on average. But this requires governments, consumers and farmers to really implement measures. This sector's role is to supply the world with food and renewable resources such as waste streams from the harvest, wood and biomass, which are essential for mitigation in a world in which less fossil fuel can be used and food consumption increases. This is certainly critical in a time where self-reliance through renewable resources and food is of the essence.

5 – With regard to the Netherlands: what can consumers, farmers and governments do to prevent a 2-degree temperature increase? And who is responsible?

That would be the authorities, in collaboration with landowners, the private sector and consumers. But it is up to the authorities to take the initiative. They can use legislation, pricing and research to steer the private sector. A rigorous reduction of livestock in the Netherlands is not a solution. The so-called spill-over effect will merely shift the problem to a global level. If you move Dutch livestock farming to countries such as India and China, you will have made absolutely no improvements at a global level. Perhaps the greatest gains are to be achieved in consumer behaviour. People like you, me, my neighbour. We are all responsible for our choices. If you consider that you can fly to the Mediterranean for ten euros, it's really ridiculous that we call on farmers to make million-euro investments to reduce emissions. But there is not a single government willing to address air travel. Still, we can change our own behaviour. Economic mechanisms result in warped effects, which is something the authorities can address. The same applies to consumer behaviour, which can be influenced by pricing mechanisms. However, people with a low income must not be duped by these mechanisms. Much depends on what prices are lowered or increased by the government.

6 – And what would be your message to the government, with which the initial responsibility to mitigate global warming lies?

Be consistent and formulate long-term policies, particularly in sectors such as agriculture and forestry. Reduce insecurities for farmers, forest owners and consumers, and stick to the planned course. A farmer who invests in a new barn today has no idea whether the barn is still allowed next year. I know there is not one person in The Hague who can fix this. Still, the message remains: formulate a trustworthy and consistent policy. But farmers and consumers, too, have a responsibility. If we fail to take that responsibility, we will face the consequences in 2050. 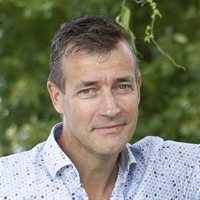 Do you have a question about the IPCC report? Ask our expert: prof.dr.ir. GJMM (Gert-Jan) Nabuurs
Contact form + Show more (1)