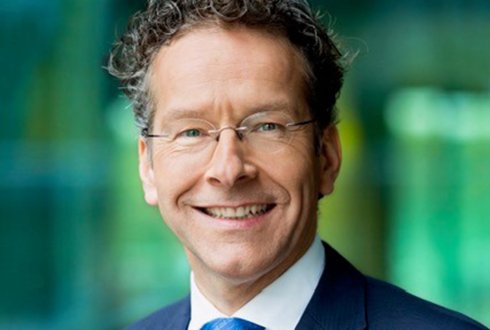 The Dutch Minister of Education, Culture and Science has appointed Jeroen Dijsselbloem, MSc (1966) as chair of the Supervisory Board of Wageningen University & Research with effect from 1 April 2019. Dijsselbloem is succeeding Professor Job Cohen, who held the position for almost six years.

Dijsselbloem graduated in Agricultural Economics at Wageningen University in 1991, after which he worked as a policy adviser at the Ministry of Agriculture, Nature Management and Fisheries until 2002. From 2002 to 2012, he was a member of the House of Representatives for the Dutch Labour Party, PvdA. In 2012, he was appointed Minister of Finance in the Rutte II cabinet. In 2013, he was elected president of the influential Eurogroup.

The Supervisory Board is particularly pleased with the appointment of Dijsselbloem, who has an extensive network in both The Hague and Europe and who, moreover, knows WUR very well. The Supervisory Board would like to take this opportunity to express its gratitude to Job Cohen for his great substantive involvement and the expert manner in which he has led the Supervisory Board.