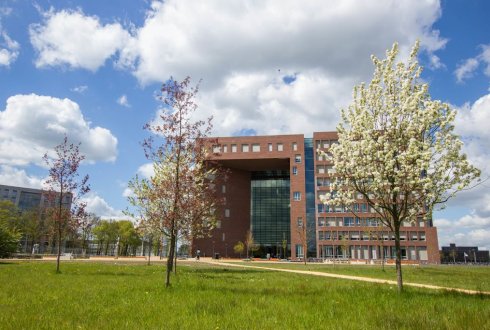 Ranked in the category 91-100, Wageningen University & Research has made its way back into the Top 100 of the Times Higher Education World Reputation Rankings 2018, an international list that ranks knowledge institutions based on their reputation. The reputation index published today counts towards the THE world ranking list.

“Your institution is among the 100 most influential university brands,” editor of THE World University Rankings Phil Baty told Wageningen rector Arthur Mol, to which he added that this was “a remarkable achievement.”

The THE World Reputation Rankings are created based on the opinions of senior academics worldwide, who are invited by THE to assess over 1600 institutions. Respondents are asked questions such as what they believe is the best university in terms of research as well as teaching. In 2015, WUR was ranked in the category 61-70, which resulted in a high score in the general ranking list. In 2012 and 2013, Wageningen was also in joint 91-100th place. The past two years, however, WUR did not make it into the Top 100.

The complete list of the Times Higher Education ‘top-ranked universities by reputation’.