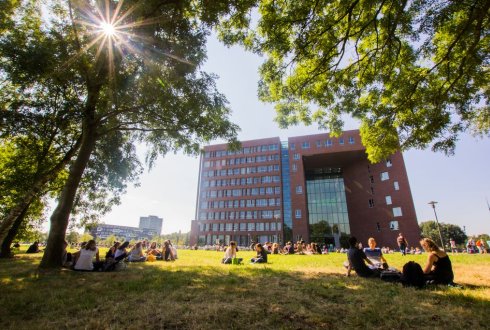 “Wageningen University is the best university in the Netherlands,” is the first sentence in Elsevier’s report of student evaluations. None of the nineteen Bachelor’s degree programmes at Wageningen UR scored below par in the Beste studies survey. The National Student Survey, conducted by Studiekeuze123, is the main pillar used for the rankings, which will be published on 29 September.

Evaluation by own students

The scores are based on evaluations by students studying at the universities concerned. They were simply asked to indicate how satisfied they are with their programme in general. Students were invited to give their programme a score of between 1 (very dissatisfied) and 5 (very satisfied). The average of all scores given by full-time students was then calculated, and these average scores were then compared with the average scores at all universities to see whether they were significantly higher or lower. So the total score for any programme was compared with the score for all other academic programmes. The survey covers a total of 2,100 Bachelor’s and Master’s degree programmes, taught at Dutch universities and universities of applied sciences.