The pressure on broiler farmers is great: they are not only improving animal welfare, but also have to reduce their nitrogen and particulate matter emissions. Moreover, they work in a market characterised by small profit margins, where small adjustments to the business can have a big effect on income. It is therefore a challenge for them to consider the best long-term decisions for the further development of their business.

Wageningen University & Research (WUR) researchers investigated what factors play a role when investing in particulate-reducing techniques. WUR researcher Luuk Vissers: "Broiler farmers are reluctant, but more willing to invest if they are given guarantees for a stable policy from the government."

Broiler houses are an important source of particulate matter in the Netherlands, accounting for 62% of fine particle emissions from agriculture. Particulate matter is a mixture of microscopic particles that are released into the air through manure and feathers, for example. A high concentration is not only bad for the health of the farmer and the animals kept in the stables, but also for that of the people living in the surrounding areas. Particulate matter enters the lungs through inhalation and can cause an inflammatory reaction. High concentrations can also cause vegetation stress (stress on plants), which reduces photosynthesis. The Dutch government therefore aims to reduce the particulate matter emissions from broiler houses by half between 2020 and 2030. "Broiler farmers can use particulate-reducing techniques for this. But this usually requires a substantial investment that does not pay off financially," says Jaap Sok, assistant professor of the Business Economics group from the Department of Social Sciences. "We investigated broiler farmers' investment preferences for different particulate-reducing techniques and how these relate to socio-economic characteristics of the broiler farmer and perceived obstacles to business development."

The researchers used an online survey in which three concrete investment options were presented each time, including the option not to invest. Broiler farmers also answered questions about the obstacles they experience in their business development. “What clearly emerged is the reluctance of the entrepreneurs who were interviewed to invest in particulate-reducing techniques," says Luuk Vissers, researcher at Wageningen Economic Research. "They have to deal with uncertainties, just like other farmers. For example, only 34% of broiler farmers over the age of 50 have a guaranteed successor. And government policies change regularly. This makes it difficult to make long-term investments. Large farms with more than 60,000 animals are more likely to make a larger investment. These include air conditioning, which allows a reduction of up to 80% in PM. Smaller companies are more likely to consider investing in ionisation techniques. These methods are cheaper, but a lot less effective. Positive ionisation by means of carbon brushes achieves a reduction of about 31%. Negative ionisation by means of coronawires for about 52%.”

The researchers agree on the direction that the government and entrepreneurs can take to lower the threshold for applying these reduction measures. Vissers: “Entrepreneurs want a stable policy. It is important that the government does not suddenly come up with new regulations when they have just made a large investment. Because if they do, they will have to acquire new technology again. They also need a financial incentive, such as a subsidy scheme.” According to Jaap Sok, there must also be sufficient room for the social capital of farmers, i.e. the social networks of individuals and the resources that can be mobilised through networks. Social capital is a great innovative force in agriculture. The results show that farmers who feel supported by their network, such as a successor, farm advisors, and family, are less dependent on policy security and subsidies. Nurturing and strengthening this social capital can improve the transition to a more sustainable agriculture."

"There is no lack of goodwill from most farmers," says Vissers. “Young broiler farmers are more willing to invest, even under the present conditions.” Jaap Sok adds: “Let social capital in agriculture do its work within clear, guiding legislative and policy frameworks.”

The study was recently published in the scientific Journal of Cleaner Production. 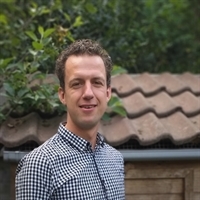 Do you have a question about particulate-reducing techniques? Ask our experts: dr. J (Jaap) Sok
Contact form + Show more (1)