“Transparency is assumed by many to be a ‘missing ingredient’ in ambitious climate action, but often it is not”, says Aarti Gupta, Professor of Global Environmental Governance. She will share her research insights on 15 November at the 27th UN climate summit in Sharm El-Sheikh.

At the ongoing climate summit, COP27, WUR researchers participate in the climate debate by organising sessions and giving presentations. Max van Deursen and Aarti Gupta from the Environmental Policy Group are involved in the side event The prospects and challenges of the Enhanced Transparency Framework as a driver of climate ambition. Van Deursen will moderate this event, and Gupta will give a presentation on the power of transparency.

Gupta will share her research results about the role of transparency in achieving climate goals with climate policymakers from different countries and members of civil society, business, academics, and youth representatives. “A lot of time and resources are now being invested by countries, especially developing countries, to comply with the Paris Agreement’s transparency requirements. But the current kind of transparency may not be the information most necessary for taking ambitious actions.”

No binding targets, but transparency

The emphasis on transparency was an important outcome of the 2015 UN Climate Change Conference (COP 21) in Paris, while strict climate targets were missing in the agreement. “It was too politically controversial to impose legally binding targets, such as for CO₂ emissions”, Gupta says. “These goals are therefore determined nationally and are voluntary in nature. The only thing the countries could agree on was that they need to be transparent about these goals and their achievement.”

“The general view that more transparency is always better, and that more transparency will help with taking better climate actions, is still very dominant in this policy setting”, according to Gupta. Her message for the COP27 is to reconsider this. “We risk paying more attention to reporting than to acting”, she states. Her research showed that countries would rather be transparent about what they do well than about goals they fail to achieve. Political forces largely determine their willingness to be transparent, she concluded.

“This selective transparency has attracted more attention from the media in recent years”, says Van Deursen. “For example, the Washington Post did a study showing how countries use accounting tricks in their climate reporting. Similarly, the Dutch comedian Arjen Lubach made an item on the ‘grote klimaatleugen’ also arguing that countries’ climate pledges are based on flawed data. These news items also illustrate that the general opinion is that transparency is absolutely pivotal to taking climate action and that flawed data is thus a key obstacle. The notion that reporting and ever more transparency may also be a distraction or a smoke screen is much less widely shared, but key to investigate.”

Another problem is the lack of transparency among many smaller developing countries, which do not have the reporting infrastructure. “For small countries that perhaps only contribute 0.1 per cent to global emissions, it may make more sense to report mainly on loss and damage and what financing they need for climate actions. But these elements are not part of the mandatory reporting”, says Gupta.

A third limitation of the transparency approach is that many actions are hard to quantify. Especially adaptation is a crucial category of climate action, but it is difficult to measure. “As a result, a lot of time and money is spent on figuring out how to report on this rather than on the actual measures”, Gupta concludes.

Gupta and Van Deursen think that if transparency is to become more successful, the reporting rules need to be changed. “We need to make sure that Paris Agreement transparency obligations do not place an excessive burden on developing countries, especially those with very low emissions”, Gupta says. “Instead, the policy should prioritise and provide support for areas of reporting important to these countries, such as reporting on adaptation, loss and damage from climate change, and finance needed.” Van Deursen adds on this financing issue “Despite countless reports on climate finance, it has proved impossible to calculate the total amount of funds that have flowed from developed to developing countries. If the rules were changed and included a collective definition of climate finance, this problem could be mitigated.”

Although the emphasis on transparency itself will not be evaluated at COP27, there will be an important debate at COP27 relating to transparency. “Developing countries would like to include the possibility of reporting on loss and damage from climate change in their transparency reports and have this information reviewed by international technical experts”, Gupta says.

“Most developed countries are opposing this request for review, but loss and damage from climate change is a crucial issue for developing countries. It is something they see as important to draw more attention to, also in order to link such reporting to financing. These are very politically contested issues”, according to Gupta. “We will follow the negotiations closely to see whether countries will decide to accept this request from developing countries.”

Van Deursen adds, “It is also important to look beyond the formal negotiations. There are many side-events on transparency, including events that look at how satellite-based monitoring may render old climate reporting methods obsolete.”

Aarti Gupta will give a presentation on November 15 at a side event during the Climate Summit with the title: The power of transparency: assumptions versus realities. The presentation can also be followed online. 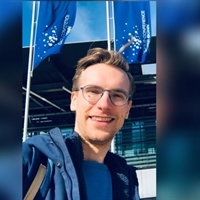 Unfortunately, your cookie settings do not allow the social media element to be displayed. check your settings.

Leading up to the Climate Summit in Egypt, WUR is bringing a number of stories with research examples for climate adaptation and mitigation. Following the climate summit, the focus of the stories is mainly on food systems and biodiversity: