Earlier this year, large numbers of dead and dying common guillemots washed up along the Dutch coast. At the behest of Minister Schouten (Agriculture, Nature and Food Quality), Wageningen University & Research (WUR) and Utrecht University (UU) conducted an investigation into the cause of the birds' death. Their efforts revealed that some 20,000 common guillemots died of starvation. No large quantities of plastic were found in their stomachs and the animals showed no obvious signs of illness. This means that the common guillemots did not die as a result of the containers lost from the MSC Zoe. Minister Schouten said as much today in a letter to the House of Representatives.

Examination of 139 common guillemots revealed that all of the animals were extremely emaciated and malnourished. Most of the birds were also quite young, around six months of age. The most recent nesting season of the common guillemot provides a crucial explanation for the high mortality rate. Researchers observing the common guillemot breeding grounds in Scotland confirmed that the past season had been a difficult one. It is reasonable to conclude that many of the young birds were already weak when they set out from the colony. Once at sea, the common guillemots were unable to fish for their usual food and were forced to make do with smaller prey. As a result, the birds' weakened state persisted and the severe storm – which also caused the loss of containers from the MSC Zoe – delivered the final blow.

Minister Schouten: 'During my recent visit to Lauwersoog, I saw that fishermen, nature-lovers and residents alike were still dealing with the aftermath of the container incident on a daily basis. The dead common guillemots that washed up along the Dutch shore in great numbers at the beginning of this year were a topic of great public concern. Volunteers and researchers made a significant contribution in this area as well. I have a great deal of respect for their efforts. Because little is known about the long-term effects of the incident at this stage, I will be monitoring the ecological effects together with my colleague, Minister Cora van Nieuwenhuizen (Infrastructure & Water Management). Further research will be carried out into how the MSC Zoe incident may have impacted the flora and fauna in our North and Wadden Seas.'

Investigation into cause of death

No toxic substances or non-food materials, such as large quantities of plastic, were found in the birds' stomachs. WUR and UU were also able to eliminate poisoning, viruses (such as avian flu), parasites, discarded rubbish and contact with oil spills as potential causes of death. While the mass deaths among common guillemots coincided with the loss of containers from the MSC Zoe, it was not the result of that event.

Despite the large number of common guillemot deaths, the effects on the population are likely to be limited. The mature birds of breeding age survived and the death rate is always relatively high among young birds. There are currently some 1.5 million common guillemots living in the North Sea.

Through a research and monitoring plan WUR is studying the effects of the container incident in the mid to long term. In addition, supplemental pathological research will be carried out in the coming months in order to ascertain if and how the incident has affected marine mammals. 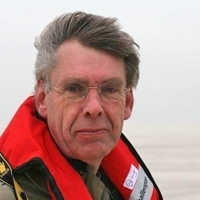