Epigenetics is a collective term used to describe phenotypic variation not caused by variation in the underlying DNA sequence. In a recently published paper in BMC genomics, researchers from NIOO-KNAW and ABGC assessed epigenetic variations in two tissues of a song bird (great tit, Parus major). Epigenetic variations were found to have a distinct role in tissue development, similar to what has been observed in mammals.

From studies in mammalian model species, such as human and mouse, it has been shown that epigenetic variations play important roles in regulating gene expression. At the same time, epigenetic variations can also be induced by environmental impacts and persist over multiple generations. Thus changes in temperature, as expected due to global warming, will likely results in alterations to the epigenetic makeup of many animals and plants. This makes epigenetic studies especially relevant for understanding how animals and plants will adapt to environmental challenges. At the same time these epigenetic analyses could widen our understanding of missing heredity.

The great tit (Parus major) is an ecologically important model bird species for studies on adaptation to different environments. In a collaborative effort between researchers from NIOO-KNAW and ABGC, whole-genome DNA methylation patterns of two tissues (whole blood and brain) were assessed in an adult great tit. DNA methylation is one of the most studied epigenetic marks and is very important for the regulation of gene expression in a cell. 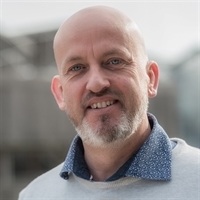