Vegetable gardens for prisons to reduce recidivism, a circular CO2 system for small breweries, and vaccines in the form of a pill; these are some of the innovative ideas that were presented last Thursday during the semi-finals of the AtlasInvest Entrepreneurship Grant (AIEG) 2023. After giving their pitches, five young entrepreneurs were chosen as finalists, who will compete on February 10, 2023 for one of the two titles and the corresponding prize money within this grant: the Start-Up Award (€35,000) and the Impact Award (€15,000).

These are the ideas that will compete for the awards:

Prevention and control of infectious diseases, such as COVID, Ebola and measles, require effective vaccines that are easy to produce and distribute around the world. Finalist for the Start-Up Award MoVax Biopharma has risen to this challenge and is developing oral vaccines in the form of a pill made from microalgae. As microalgae can withstand stomach acid, they are a perfect carrier to deliver the active substance of the vaccine to theintestinal immune system.

Founder Christian Südfeld is the genetic engineer behind the microalgal vaccine. Südfeld “With the prize money we could finance a proof-of-concept study to show that our microalgal vaccines are not only safe but also effective.”

Dutch craft beer breweries produce an enormous amount of CO2: about 5.6 kilotonnes in 2021. CO2 is released during the fermentation of yeast, and fossil CO2 is bought to bottle the beer. The price of fossil CO2 has also risen explosively due to the Russian gas crisis, which could leave craft breweries in financial difficulties. Finalist for the Impact Award BrewRight is therefore developing a system that captures CO2 during the fermentation process, which can be reused in bottling. What is not needed for production is sold.

BrewRight hopes to have their first prototype ready by the end of next year. “If we win, we would like to use the prize money for further research. For our prototype we need knowledge of the different ways of capturing carbon and released gases. We would like to collaborate with students from other research groups so that we can expand the expertise in our team,” says Yoni Mol of BrewRight.

Being a finalist is already winning

In addition to MoVax Biopharma and BrewRight, three more entrepreneurs are in the final of the AIEG: Spatialise, which uses Artificial Intelligence to evaluate and monitor the carbon footprint of food chains based on aerial photos; Sixth Sense Diagnostics, which develops a rapid test to detect blood poisoning at an early stage and Plantje voor Morgen, which creates vegetable gardens in prisons to reduce recidivism.

The impact of the AIEG is already noticeable for the finalists. Soufiane el Khinifri, CEO of Spatialise: “We received constructive feedback from the jury from which we can learn a lot and there is noticeably more interest in Spatialise within the Wageningen ecosystem. It is important that initiatives like this facilitate entrepreneurship that originates from the university and show that fundamental science and scientific applications do not compete, but actually go really well together.” 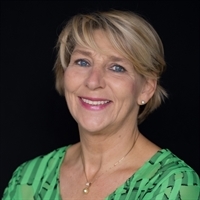 Do you have a question about the AtlasInvest Entrepreneurship Grant? Ask our contacts: EMA (Lies) Boelrijk B Ec
Contact form + Show more (1)

The AtlasInvest Entrepreneurship Grant (AIEG) is a prize from the University Fund
Wageningen. The competition is organized in collaboration with StartHub
Wageningen. The prize is made possible by a gift from alumnus Marcel van Poecke
and supports student entrepreneurs with impactful ideas.

Each year, two prizescan be earned within the grant: the Start-Up Award (€35,000), for commercially promising ideas, and the Impact Award (€15,000) for ideas with maximum sustainable impact.

The finals of this grant are on 10 February 2023 at Plus Ultra II on Wageningen Campus. Would you like to attend?

Register for the Finals