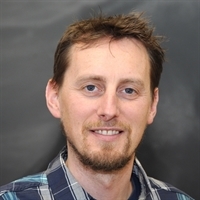 Do you have a question about malaria mosquitoes? Aks our experts: prof.dr.ir. FT (Florian) Muijres
Contact form + Show more (1)