Recently work on mangrove restoration begins at Spaans Lagoen, Aruba, an internationally important wetland designated as a Ramsar site. WEnR have been involved since 2015 in giving advice to the Government of Aruba in relation to the impacts of a new bridge that has been constructed over the mouth of the lagoon. The bridge construction has unfortunately resulted in the loss of an area of existing mangrove and whilst the ministry for transport and infrastructure and the contractors, with the advice of WEnR, have done their best to minimise the loss and damage they recognise the need to try and compensate for this so, together with WEnR and local experts, they have identified an area to the north of the lagoen where silt and sand will be excavated and removed from the site.

Based on careful calculation an ‘S-shaped’ 150m long and 2.5m wide central channel will be dug between the existing open water and the road. It will be deep enough to hold water at a depth of 50cm, even at low tide. On each side of the channel shallow sloping sides will be excavated at a gradient that will allow birds to feed and new mangrove to establish. The tide will move up and down the shallow sides of the excavation providing what is hoped will be good conditions for the new mangrove to grow. The total width of the excavation, including the central channel will be 20m and it will extend for 90m along the channel. Whilst the restoration is designed to encourage natural regeneration of mangrove the Park hopes to give volunteers and members of the local community a chance to plant mangrove saplings along the line of the excavation in order that they can speed up the process.

Lawrence Jones-Walters and Theo van der Sluis of WENR were also asked to run a training course for local stakeholders, funded by Arikok and hosted by Aruba University, on participative management planning. As a result the Park now has a draft plan for the lagoon that will provide the basis for formalising a final plan later in the year.

Dr Lawrence Jones-Walters of Alterra said: “I am delighted that we have the opportunity to create an area to compensate for the loss of mangrove in the lagoon. We think we have a good plan and really hope that it’s a success because you are always in the hands of the local conditions and the weather, too dry, too wet or too much silt. However, we will have local experts watching the site and there are things we can do to help like building silt traps. I hope that local communities and others can get involved in the mangrove planting because this will bring them closer to the fantastic nature of the lagoon and Arikok as a whole”. 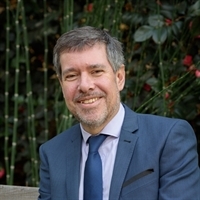