A New Year comes with New Year’s resolutions. Many of us make new plans to exercise more, eat healthier and learn to be happier in the coming year. Yet, when time passes, our motivation drops. The United Nations also developed ‘resolutions’ for the world to become more ‘healthy’, which they call Sustainable Development Goals (SDGs). Failing to meet these goals has significant negative consequences for all seven billion people living on this planet.

The 17 goals and 169 targets of the SDGs form a blueprint to achieve sustainability in all domains, for example, food production, cities, and climate in the future. “There are complex interactions including synergies (advantages) and tradeoffs (disadvantages) between the SDGs,” explains Mengru Wang, postdoc researcher of Wageningen University & Research. “For example, synergy occurs when farmers adopt water-saving practices that ensure food production while saving water resources. Tradeoff occurs when water demand for agriculture competes with our water demand for catering, showers, and swimming. To stick with the SDGs, it is vital to understand and deal with these interactions.”

Take for example the case of water pollution, which is one of the threatening crises that the world is facing and is an important issue that threatens SDGs. In China, increasing nutrient pollution has deteriorated water quality in rivers and seas. In 2010, nitrogen concentrations in more than one-third of the Chinese river sections exceeded the World Health Organization’s standard for drinking water.

In a new study published in Nature Communications today, Wang and her colleagues show that water pollution control is not only related to SDGs focusing on water but is relevant to all SDGs including those focusing on food, cities and climate. Knowing that all SDGs are relevant, it is thus essential for water pollution control measures to maximize synergies and avoid tradeoffs between the SDGs to ensure the benefits of achieving all SDGs.

Taking a step further, Wang and her colleagues developed scenarios of actions for China that promote the synergies and avoid the tradeoffs, focusing particularly on the interactions between those SDGs that are highly relevant to water pollution. Wang concludes, “we show that combining sustainable food production and consumption, sewage management and climate mitigation can effectively contribute to achieving SDGs for water as well as SDGs for food, cities and climate”.

This study identified the interactions between SDGs and shows it is essential to account for these interactions for water pollution control in China. In the meantime, this study also serves as an example of assessing and accounting for SDG interactions in other regions. “The interactions we identified among the SDGs are largely generic, which can be used for other countries adjusting to the local context,” Wang says. “To achieve a sustainable future, we need to bring together knowledge of policy-makers, stakeholders, and scientists on multiple disciplines such as food, water, economy, and climate. This will allow us to develop policies that effectively promote the synergies and avoid tradeoffs”. So more research is needed to understand and account for the interactions in future policies in China and other regions of the world to make the United Nations’ ‘resolutions’ work. 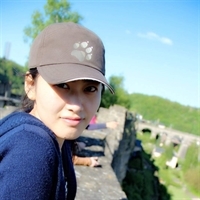 Do you have a question about SDG interactions and how to deal with them? Ask our experts: dr. M (Mengru) Wang
Contact form + Show more (1)