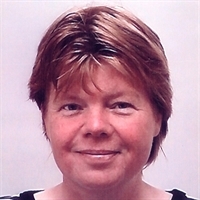 Do you have a question about biodiversity in the Netherlands? Please contact one of our experts: dr.ir. ME (Marlies) Sanders
Contact form + Show more (1)