In the invited review published in Journal of Animal Science, 201 rpc estimates in pigs from 27 studies were considered. The studies estimated the rpc for different purebred-crossbred combinations and a wide range of traits, that were divided in trait categories. The average rpc estimate was 0.63 which is considerably lower than 1, with 50% of the estimates between 0.45 and 0.87. For all different trait categories, e.g. Growth, Meat amount, Meat quality, Feed, and Fertility, the average rpc was around 0.6. This indicates that rpc is likely different from 1 and that for a lot of traits, crossbred information is very important to improve crossbred performance. Genotype by environment interactions appeared to have a smaller contribution to rpc than genotype by genotype interactions. More research regarding the impact of the different components on the rpc will help to improve breeding programs. Future studies are advised to carefully consider in which environment phenotypes are collected, to estimate separate rpc values for different pure lines, and to genotype the animals to improve the power to estimate rpc. 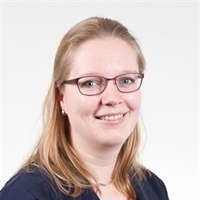