Floating houses, self-driving cars, deer in the floodplains, streams with waterfalls, and greenery instead of asphalt. Welcome to the city of 2120. Contrary to what doomsday scenarios would have you believe, you can also work towards an attractive and prosperous city in a world of climate change. Research associates of Wageningen University & Research designed a scenario for the city of the future with Arnhem as the example. Their aim is to challenge cities to start thinking about their climate resistance for the long term.

Imagine that you are cycling in and around Arnhem in the year 2120 — you will be cycling through three landscapes. In the north you have the Veluwe where people live surrounded by greenery. You will come across sawmills, where we make materials to build houses. New lakes have been constructed for energy storage. The new city, the historic city, and nature meet on the edges of the Veluwe. Stroll along one of the broad manmade streams, relax on a terrace, or take a swim at the waterfalls. A fresh breeze blows from between the greenery-covered buildings. Other ways to cool off can be found in the river area. This landscape changes continuously throughout the year, and it rises and falls with the water levels. When the water level is high, you will sail your bike on a small boat to your floating home.

An exercise in free-thinking is the best way to describe this future vision of Arnhem in 2120. “We have painted a picture of what the climate-adaptive city may look like in 100 years’ time,” says Wim Timmermans, climate adaptation research associate and project leader of Arnhem 2120. He says it is important that we start thinking about this now as it will influence the choices we make today. “Are we taking the climate of the future sufficiently into account? This should include the increased risk of flooding, more issues with water, and heat in built-up areas. By starting to think about this now we may prevent problems in the future. A story like this is also very stimulating and inspiring.”

Tim van Hattum, climate programme leader, also knows that a vision of the future like this can inspire. The scenario for the city of the future is a concrete development from the map of the Netherlands in 2120 that he presented with Wageningen colleagues two years ago. “That message of hope and perspective gained traction. Just as then, this vision of the future is not set in stone. It is not a blueprint, but a possible line of thought. We want to tell a positive, inspiring, and realistic story with the natural system and the wellbeing of humans as key components of the basis.”

Working with landscape, not against it

With detailed geographical maps, illustrations, and 3D visualisations, the research associates and designers are showing how people can work with the landscape instead of fighting against it. “We will no longer exploit the natural system, but will actually use natural processes and technology to strengthen the landscape,” says Sanda Lenzholzer, professor of Landscape Architecture. “We do this using six themes: living, traffic and transport, city climate, energy, water and biodiversity, and agriculture. When designing such a scenario, climate adaptation is really only one side of the story,” she says. “In essence, it is about understanding the landscape and all its processes: the water system, the soil, flow of the wind, and different seasons.”

“In principle, you can use any Dutch city as an example, but we chose to develop Arnhem as it is on the border of two types of Dutch landscapes: the elevated sandy soils and the river area,” says Ilse Voskamp, climate-resistance research associate. “The ideas for the elevated areas can also be applied to parts of Apeldoorn, Nijmegen, or Bergen op Zoom, while the proposals for the low-lying areas can also be applied to cities in North and South Holland.” 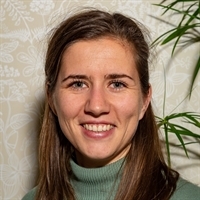 Do you have a question about Dutch cities in 2120? Ask one of our experts: IM (Ilse) Voskamp-Stevens PhD MSc
Contact form + Show more (3)

Read our longer article on the future of Dutch cities