To serve for better psychological wellbeing, the current project investigates the composition and metabolism of the gut microbiota and their potential links to social and problem behavior in children.

In the past decades, we have seen the emergence of the intestinal microbiota as one of the key regulators involved in the gut-brain axis. Dysbiosis in the gut microbial community has been observed in patients with autism spectrum disorder, major depressive disorder, attention deficit hyperactivity disorder and other mental illnesses (Cryan et al. 2019). In contrast to this, very little is known about how the gut microbiota interacts with behavior in populations without clinically-diagnosed mental problems but varying in behavior levels.

As complex as the gut-brain axis is, some known variables, such as diet, BMI and sex, are reported with potential confounding effects on the axis, making the exploration even more challenging. In this case, different multivariate analyses can be implemented, allowing more comprehensive descriptions on the links between the gut microbiota and host behavior.

In the present study, we particularly focus on child behavior due to its important impacts on adult mental health. For children, more externalizing problems are associated with higher risk of adult violence and crime (Liu 2004), while elevated internalizing behavior is linked to higher chance of depression (Reinherz et al. 2003). Besides these adverse outcomes, several beneficial outcomes in adulthood, such as higher social competence, have been shown to be related with increased prosocial behavior at child age (Carlo et al. 2012). 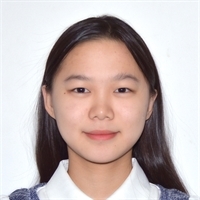