Worldwide, only 13 jellyfish-lakes are known. These are located in Palau, Vietnam and Indonesia. Jellyfish lakes are landlocked islands of sea that of filled with immense populations of the golden-jellyfish Mastigias papua and the moonjelly Aurelia aurita. For the jellyfish lakes in Papua Indonesia there is no conservation management, despite the fact that these are fragile ecosystems are threatened by unregulated tourisms and exploitation. WWF has now funded through the WNF-INNFO Fonds a project which aims at monitoring the lakes and setting up a conservation management plan together with the local authorities.

Jellyfish lakes? Yes, lakes filled with immense populations the golden-jellyfish Mastigias papua and the moonjelly Aurelia aurita exist – have a look at this video.

They are unique biotopes as worldwide only 13 golden-jellyfish lakes are known. These lakes are located in Palau, Vietnam and Indonesia. Jellyfish lakes, landlocked bodies of seawater, are truly unique. In Palau the lakes attract 1000s of tourists each year who wish to swim among millions of pink-gold gelatinous beings without feeling stings. Recently three such jellyfish lakes have been documented in Raja Ampat, Indonesia.

Marine lakes, like all island systems, are fragile ecosystems and vulnerable to anthropogenic activities. The ecosystems of marine lakes are now threatened by exploitation, alien species introduction, and deforestation. The jellyfish lakes in Palau have been exposed to tourism for long and yearly attract thousands of tourists with a visitor increase of 500% between 1986 and 1997. Invasive species are a ubiquitous threat, particularly damaging to small isolated ecosystems such as marine lakes. In Vietnam, many marine lakes are used for aquaculture. Both in Palau and Vietnam human influence has had dire consequences, in particular degradation of the marine lake ecosystem and decrease or even disappearance of the golden jellyfish populations. In Indonesia, fishermen are known to have introduced alien species in marine lakes, which are viewed as potential fishponds or pools for growing sea turtles. In the last 4 years the number of live-aboards in Raja Ampat has gone up, and they promote the jellyfish lakes as a tourist attraction for scuba divers.

At present there is no conservation management plan for marine lakes in Misool, nor the unique jellyfish lakes. Within this project we will work together with Universitas Papua, The Nature Conservancy, Conservation International and local NGO’s to form a monitoring program.

There are MSc-thesis topics possible within this project; if you are a motivated student and interested in this project, please send Lisa Becking and Diede Maas a motivation letter and your CV to discuss the possibilities. 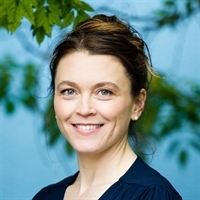