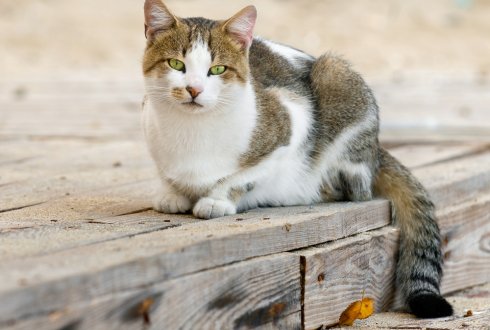 This research project has been carried out on request of the Stray Animal Foundation Platform by groups of students who focused on parts of the problem and by obtaining the numbers of stray cats caught in The Netherlands through a questionnaire. The problem of stray cats is clearly present in The Netherlands and doesn't seem to reduce yet. Reasons for taking action are on the one hand the nuisance and possible health risks for humans and the possible impact to the local fauna. On the other hand there is a serious welfare problem for the stray cats themselves, because of their often bad health status (diseases and wounds) and lack of food.

Stray cats are indirectly coming from house cats that partly, because of irresponsible pet ownership, end on the street. The total number of stray cats in The Netherlands is hard to find. There is a large number of organizations, that take care of stray cats. Apart from catching them and housing them in kennels, stray cats are also caught, castrated and returned where possible. These so called TNR-projects (Trap-Neuter-Return) are led by the Dierenbescherming and other organizations (in 2012 8.666 cats and kittens). The total number of yearly caught stray cats, as reported by 78 sources (including the Dierenbescherming) is more than 37,000. This figure is excluding the number of returned TNR-cats in previous years. Apart from this the Royal Dutch Hunters organization estimates that nowadays yearly between 8,000 and 13,500 stray cats are being shot. The actual number of stray cats that lives in the Netherlands will most likely be much higher. A rough extrapolation of the scientific literature on this subjects results in a range of 135,590 to 1,207,331stray cats in the Netherlands.

The solutions for the stray cat problem mainly lay in the prevention of newcomers out of the house cat population by (more effective) information services about castration and electronic dentification/registration and responsible pet ownership. Apart from this the TNR-method including monitoring and catching or treating of new stray cats, especially in areas where stray cats can be caught easily and returning them will not harm the local fauna, is an effective method to reduce the numbers of stray cats in The Netherlands substantially on the long-term.

The social support for killing stray cats is limited. In the near future immunocastration seems to provide perspective instead of castrating as part of the TNR-method. The co-operation between the various organizations that take care of stray cats clearly can be improved. A central registration of the numbers of stray cats is a good method for the future to monitor the effectivity of the chosen method to reduce stray cats. The government could support and contribute to the solution of the stray cat problem by formulating a clear policy, with clear responsibilities on the level of the country, provinces and municipalities. A compulsory identification and registration of cats could be a large step forward, as well as imposing a castration duty for cats that roam freely outside. 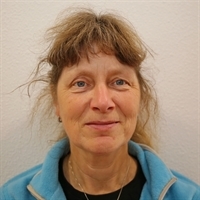