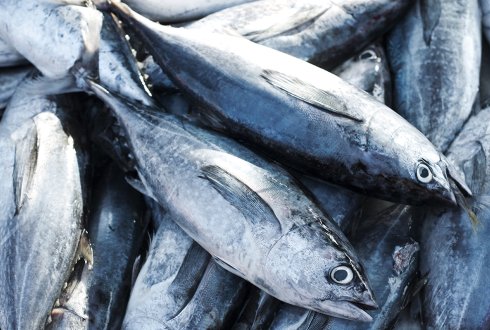 Fish aggregation devices (FADs) have been used by tuna fishers in Indonesian waters since the 1980s. FADs increase the efficiency of fishing activities and may lead to an increase in fishing pressure on tuna stocks and the pelagic ecosystem. The high demand on the international markets is an incentive for an increase in fishing pressure and may lead to an excessive use of FADs. This research aims to study the dynamics of FADs utilization by fishers and tuna as a basis for sustainable management of tuna.

This study will describe the fishery system of tuna fishing such as the classification of FADs, the actual density of FADs and the total number fishers making use of them in an area, where these information are essential to evaluate the uncertainty of the status and characteristic as well as total fishing effort of this fishery. In order to maximize the long term catch rate, fishers go to the certain network of FADs by implementing their tactics to make the best scenario on exploiting FADs. Their knowledge of fishing patterns and practices around FADs are important factors in dealing with the catch variability. To install and place FADs in certain locations, fishers have to decide their strategies for a long-term effort allocation that may be directed more by operational constraints than by their knowledge of tuna behaviour.

The information of fish behaviour around FADs is necessary to understand the role of FADs regarding the resources by (i) analysing the movement dynamics of tuna in and out of the eastern Indonesia and (ii) determining factors of the rate of tuna biomass build up around a FAD. Information of species composition and the catch amount from the fishers will be used to ascertain the fish biomass and fishing consequences toward biodiversity around FADs. All information of the research findings can be used to support the basis of sustainable management of tuna.

The main objective of the research is to generate and evaluate the utilization of FADs by tuna fishers including fishing mechanisms (practices) and tuna behaviour around FADs.