The focus of this project is on molecular biology methods, specifically enzyme expression and characterisation followed by protein engineering and in the later stages also metabolic engineering.

Traditionally, bulk chemicals are derived from unsustainable petrochemical resources. In recent years though, the costs of these resources have increased dramatically, making their derivatives more expensive as well. Public awareness of the negative environmental and social impacts of fossil fuels is also increasing. Because of this increase in cost and public awareness, alternative technologies are under development as a source of bulk chemicals. One such alternative is the microbial conversion of biomass to a desired product.

In this project, we are interested in producing volatile esters as a bulk product using thermophilic bacteria. Volatile esters have boiling points in the temperature range where thermophiles grow and as a consequence they will pass into the gas phase while they are produced. This approach simplifies downstream processing of the esters and prevents product inhibition in the culture.

Scope of the project

The goal of this project is to engineer a thermophilic bacterial strain able to efficiently produce volatile esters. To design the strain, methods of molecular biology will be used.

Thermophiles are not known to produce volatile esters, unlike several yeast species. In the first stage, the enzyme responsible for ester synthesis in yeast will be identified and in the second stage characterised in E. coli. In the third stage, the enzyme will be mutated and engineered to improve it’s thermostability, activity and/or specificity. Lastly, the improved protein will be expressed in a thermophile, after which the system will be optimised for ester production.

As the enzymes involved in ester synthesis are not well characterised, part of the research will be devoted to unravelling their function.

Techniques you may use during your project expression and characterization of ester producing enzymes in E. coli, improving protein characteristics through random and/or directed mutagenesis, performing (high-throughput) enzymatic assays, heterologous expression in thermophilic bacteria, fermentations and gas chromatography (GC) measurements. Final projects will of course depend on the student’s wishes, and on the stage of the project.

It you are interested in BSc or MSc project on this project, feel free to contact me via e-mail: alex.kruis@wur.nl, or stop by the BPE 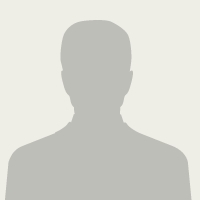